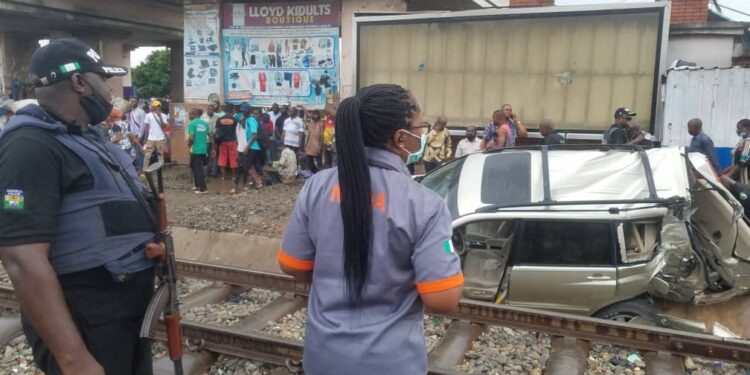 The Lagos State Emergency Management Agency (LASEMA) has confirmed the death of one passenger in the accident involving two buses and a commuter train in Oshodi  area of the state.

The DG of LASEMA confirmed this and said that victim had been placed in the hospital morgue while the other is still undergoing treatment.

According to additional investigations the agency conducted, a third vehicle, a highlander Jeep was also involved in the collision and its passengers – two adult males – sustained grievous injuries before being transported to the Lagos State University Teaching Hospital (LASUTH).