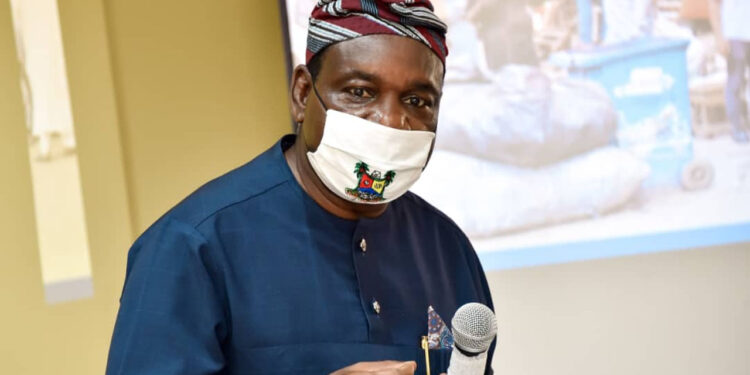 The Lagos State Commissioner for Information and Strategy, Mr. Gbenga Omotoso, has commissioned new motorcycles for the Lagos Traffic Radio, to enhance live reporting of traffic situation, across the State.

Omotoso, who spoke at the premises of Lagos Traffic Radio, Tuesday, stated that the launch was not just about the motorcycles, but the bigger picture and the drive to improve on the status quo of traffic management in the State.

He expressed the hope that the Radio Station will, in no distant future, embrace an advanced technologically-driven approach to traffic information dissemination like the use of drones in giving real-time traffic updates.

The Commissioner described LTR as a station that is alive to its responsibilities, just as he charged the management not to rest on its oars but come up with more initiatives that will ease traffic gridlock across Lagos.

The General Manager of the Station, Mr. Tayo Akanle explained that the initiative was conceived to provide real-time updates on road accidents along major highways, maintaining that the idea will change the travel experience of commuters as they go about their daily activities.

He added that the acquisition of the motorcycles would enhance the operations of the station by enabling its reporters to arrive timely at incident spots to provide on-the-spot, live and accurate reports of happenings.

The General Manager expressed belief that the live reporting of incidents will serve as a major boost to the delivery of information on traffic flow and available alternate routes to reduce gridlock on our highways.