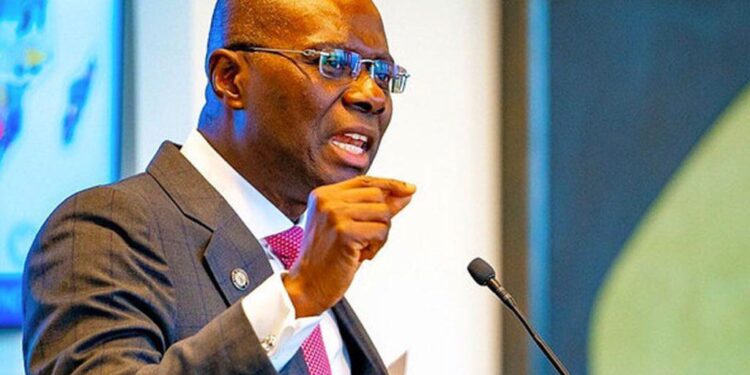 Lagos State Governor, Mr. Babajide Sanwo-Olu has pledged to deploy modern technology to manage transportation and waste management systems in its bid to achieve effective and efficient service delivery across the state.

Ably rpresented by his deputy, Dr. Obafemi Hamzat, Sanwo-Olu says effective waste management plays a pivotal role in ensuring a cleaner and livable environment, hence the need for policies and programmes to promote a sustainable environment, and boost LAWMA’s capacity to perform its statutory duties.

“Our dream, of course, as a government is to make Lagos a 21st Century economy and a very smart State, but you will agree with me that this will be impossible if we do not take the issue of waste management seriously.

“That is why we must all commend the ministry of environment, management and staff of LAWMA for the good job they have been doing to keep Lagos clean, healthy and habitable for all us,” he added.

In his reaction, the Managing Director of LAWMA, Mr. Ibrahim Odumboni, expressed that the Academy would deploy an innovative approach to impart knowledge of effective management of personal and corporate waste.

According to him, LAWMA Academy is an educational arm of LAWMA instituted to educate the good citizens of Lagos State of all ages on the concept of proper waste management and also create career paths in the waste management sector.

Meanwhile, the Commissioner for Information and Strategy, Mr. Gbenga Omotosho, described the development as a symbol of creative thinking of the agency.

He said this during his remarks while representing the governor at the LRM, which aimed at enhancing the information management component of traffic gridlock among other related issues while commuting around the state.

“With the initiative, the state is moving towards a transportation system driven by technology. It is going to play a key role in traffic management across Lagos,” he assured.

While noting that the Pilot Scheme is a key step towards using technology to revolutionise the management of traffic in Lagos, the governor added that the problems of traffic in the state is a source of concern challenging the creativity of the present administration.