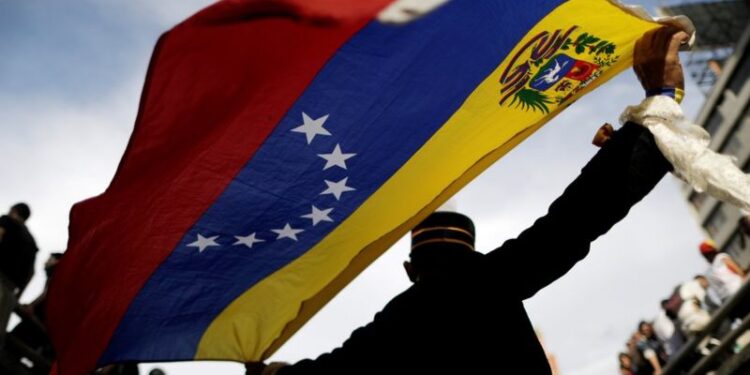 Investigators said violence was used to suppress the opposition

Cases of killings, torture, violence and disappearances were investigated in a fact-finding mission for the UN Human Rights Council.

The UN team said President Nicolás Maduro and other top officials were implicated.Venezuela’s UN ambassador has described the mission as a “hostile initiative”.Ambassador Jorge Valero said last year that the UN action was part of a US-led campaign.

The UN team was blocked from travelling into the country.Venezuela is suffering a severe economic and political crisis. Millions have fled in recent years.

What did the UN team say?

In the report of its findings on Wednesday, the UN team said Venezuela’s security services had been engaged in a pattern of systematic violence since 2014, aimed at suppressing political opposition and generally terrorising the population.

Mr Maduro and the ministers of interior and defence were not only aware of the crimes, but gave orders, co-ordinated operations and supplied resources, the report said.

“The mission found the government, state agents, and groups working with them had committed egregious violations,” it said.It called on Venezuela to hold those responsible to account and to prevent further violations from taking place.

“The mission found reasonable grounds to believe that Venezuelan authorities and security forces have since 2014 planned and executed serious human rights violations, some of which – including arbitrary killings and the systematic use of torture – amount to crimes against humanity,” the mission’s chairperson, Marta Valiñas, said in a statement.

“Far from being isolated acts, these crimes were coordinated and committed pursuant to state policies, with the knowledge or direct support of commanding officers and senior government officials.”

A typical operation might involve weapons being planted in an area thought to be loyal to the opposition, with security services then entering the area and shooting people at point blank range, or detaining them, torturing them, and killing them.

The report also looked into the violent response to opposition protests and the torture of people detained at them.

Investigators made their conclusions after looking into 223 cases. They said almost 3,000 others corroborated “patterns of violations and crimes”.

The report will be presented to UN Human Rights Council member states next week, when Venezuela will have a chance to respond.

How significant are these findings?

The UN team was not allowed to travel to Venezuela for this report. This is not unusual; Syria has never allowed the UN to investigate alleged war crimes on the ground. Myanmar, China, and many other countries regularly resist the UN’s presence. But this is the 21st Century, modern information technology means the evidence, indeed proof, of serious violations can be gathered without entering the actual crime scene.

And the evidence from Venezuela is detailed, and horrifying. Systematic killing, torture, and sexual violence. What’s more, clear evidence the orders came from the very top: Nicolás Maduro, his government, and senior security officials.The UN investigators have a list of 45 names of those believed to have been directly involved.

The UN Human Rights Council is designed to investigate violations, to advise on upholding human rights, but not to sanction. That is the job of the UN Security Council, and here Russia and China, who regularly oppose what they see as meddling in the affairs of a sovereign state, may oppose any action.

But that list of 45 names is significant; it suggests the UN investigators believe they may have a role to play building a case for a prosecution for crimes against humanity in an international tribunal.