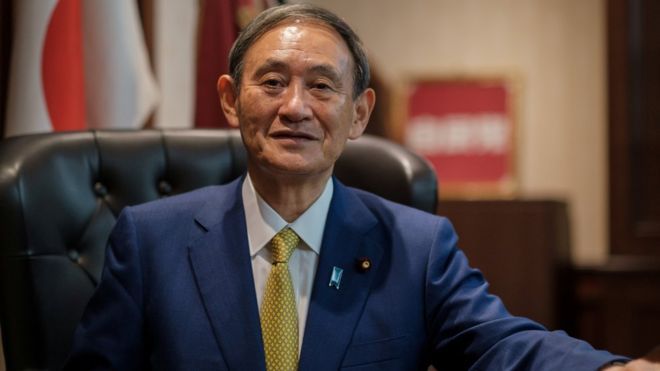 A close ally of Mr Abe, the new prime minister is expected to continue his predecessor’s policies.

Earlier on Wednesday, Mr Abe held his final cabinet meeting and told reporters he was proud of his achievements during his nearly eight years in power.

Mr Suga then easily won a poll for prime minister in the Diet, Japan’s lower house, receiving 314 out of 462 votes.

Given that a coalition headed by his conservative Liberal Democratic Party (LDP) holds the majority in the house, his win was widely expected.

Along with his new cabinet he will later be ceremonially endorsed by the emperor at the Imperial Palace.

A veteran politician and long-time cabinet member he takes the lead at a difficult time for the world’s third-largest economy.

Like many other nations, Japan is struggling with the coronavirus pandemic which has caused the biggest economic slump on record following years of economic stagnations.

The country is also dealing with a rapidly aging society, with nearly a third of the population older than 65.

Mr Suga has served for years as Chief Cabinet Secretary, the most senior role in government after the prime minister.

He has already promised to carry on much of the previous administration’s agenda, including the economic reform programme dubbed Abenomics.

“What will be the greatest test for him is how well he fares as the public face of the Japanese government,” she cautions.

“While his ability as Mr Abe’s right hand man and his Chief Cabinet Secretary has been amply proven, his ability to lead the country as the top leader is largely untested, particularly in the area of foreign policy. How Suga can transition from supporting to the main actor will determine how well the leadership transition can be managed.”

Who is Yoshihide Suga?

Born the son of strawberry farmers, the veteran politician comes from a humble background that sets him apart from much of Japan’s political elite.

The 71-year rose only slowly within the political ranks. He first worked as a secretary for an LDP lawmaker before eventually embarking on his own political career, from city council elections to becoming a member of the Diet in 1996.

In 2005 he became a cabinet minister under Junichiro Koizumi and gained further influence in the subsequent Abe cabinet.

As Mr Abe’s right-hand man, he gained a reputation for being efficient and practical and the outgoing prime minister strongly supported his ally’s bid for the leadership.

One of his most prominent public appearances was when unveiled the name of the new Reiwa era during the transition from Emperor Akihito, who abdicated, to his son Naruhito in 2019.

Yet as he takes over mid-term, many observers expect him to only serve out the remainder of that until late next year.

When he won his landslide within the LPD on Monday, all he needed was support from his own party.

A general election next year however will put him in front of a general electorate – and the low-key veteran politician might not be the LDP’s first choice for that, observers say. 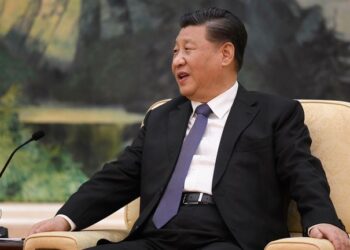 Many will want to see the details of China's plan, but it will be welcomed by governments and environmentalists around...