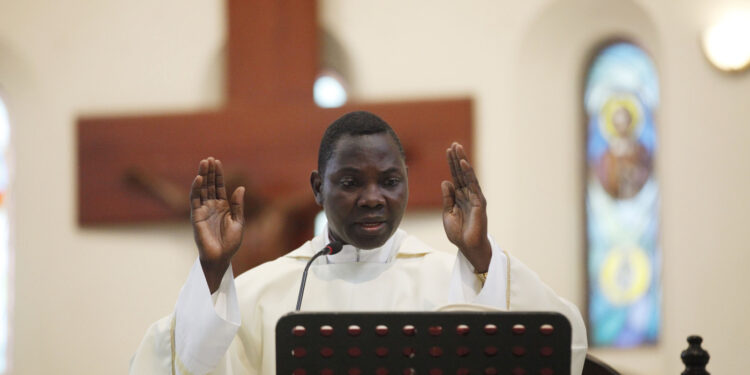 The International Parliament for Safety and Peace (IPSP) has inducted 12 members as ambassadors of peace for its new Lagos State chapter.

IPSP African president, Professor Joseph Dominion, said that the group has authority all over Africa in the areas of peace, justice and human rights.

He also represented the Nigerian president, Clinton Fubara at the event.

He said: “IPSP was formed in Italy by a league of archbishops of a Catholic Church and taken to the United States of America where it was incorporated 38 years ago. It has existed in about 120 countries worldwide and in four African countries, with its international office in New York.

“We need peace for the development of Africa. We are building 70,000 housing estates for Cameroonians, including roads, factories, schools, and hospitals.  It has been approved by the government of Cameroon and forms part of our humanitarian functions.

“We have what we call Agenda for Africa.  We discovered that Africa is a rich continent but when the Whites come to Africa, they give our leaders peanuts, pack our natural resources and go back to establish for the betterment of their countries.

“So, Africans came up with the idea on how to stop the exploitation of African wealth with the establishment of the Bullion Bank. The bank is where we are going to raise money to develop Africa to our taste. It is currently in six African countries; Cameroon, Central African Republic, Chad, Equatorial Guinea and The Republic of Congo. We also have people who plan to establish it in Nigeria. There is what we call Imperial Banking Group; this is where money would be transferred to any African country for the implementation of projects.”

The Lagos Chapter chairman, Ambassador Olutosin Oladapo expressed gratitude to God for the honour. He said: “I feel elated at this auspicious and momentous event under the invitation of the officials of the International Parliament for Safety and Peace. I’m most thrilled to be inducted as an ambassador and chairman of this international body,” he said.

Also, the newly elected Minister of Women Affairs, Dr. Helen Obiageli Nwankwo, expressed joy that the event was witnessed by more women, noting that there was nothing any nation could do without women and children.

Her words: “Our children are the future hope we have and I trust that with the women’s strong backing, we are going to work as a team to move the programmes of the organization to greater heights.”

An inductee and Eze Ndigbo Lagos, Solomon Ogbonna Aguene, said that the installation meant a lot to him because it was the second time, he was receiving such an award from a United Nations group.

“Some time ago, I had one from South Korea. There is nothing like peace in the world. We got everything we have today in peace and when you are talking of the United Nations, you are talking about peace of the world,” he said. He assured that the organisation would embark on programmes that would lift the chapter to great heights.

“Most of the things that function in the Western world were lifted from Africa, including our Nok art, which dates back to over 1000 years. We always take them along to the Western world especially Britain, Portugal and France. So, whatever the West is giving to support Africa should be commensurate with what we have offered them,” he said.