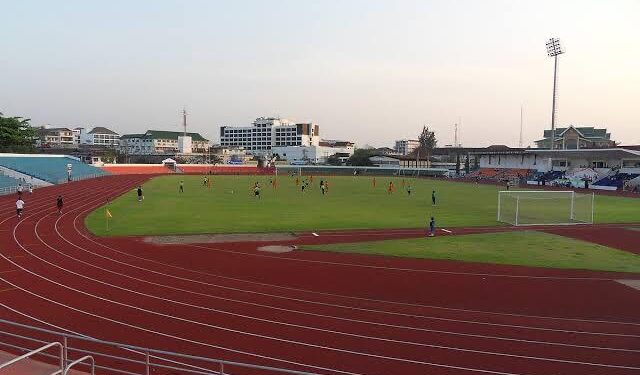 In contrast to earlier reports, the Lagos National Stadium will be handed over to a corporate trust of investors and not an individual, an official of the sports ministry has explained.

The credible source affirmed that the stadium would be handed over to investors at the end of the on-going demolition of illegal structures, which is aimed at returning the complex to its original design.

The ‘operation pull down illegal structures’ has seen some popular joints including the Ojez spot and Old School bars crunched by the bulldozer. The Ministerial Committee has begun clearing of rubbles within the complex.

The source revealed that the Federal Government was not considering leasing the entire National Stadium, Lagos to one person, contrary to insinuations in some quarters that Premier Lotto Limited, popularly called Baba Ijebu, might take over operation of the complex.

“From what I know, there is no consideration at the moment to lease the entire National Stadium to one person,” the source said. “I see a situation where the stadium complex would enjoy shared concession. I doubt if the entire stadium will be left for Baba Ijebu alone to manage.”

According to him, the Federal Government has already published advertorials asking interested parties to send in proposals for consideration. “The places to be leased out include the National Stadium and the athlete’s hostel,” the source stated.

Meanwhile, the Ministerial Committee has said that the clearing of rubbles within the stadium complex might take two to three weeks.

As of yesterday, the removal of rubbles of shops that were pulled down around the car park and the fence adjoining the entrance gate of the complex had commenced.

An official stated yesterday that their focus would later shift to the carcass of the mini shops constructed by some individuals underneath the entrance gate to the main bowl of the stadium and the drinking spot beside the basketball hall, restaurants around the table tennis hall, as well as the eating joint located close to the Nigeria Television Authority (NTA).