Trump says he has approved a deal for purchase of TikTok 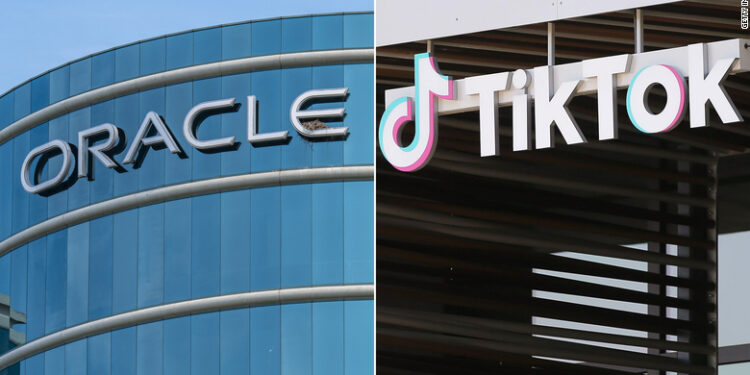 President Donald Trump said Saturday he has approved a deal between TikTok’s parent company, ByteDance, and Oracle (ORCL), though it is unclear whether it will be enough to avert restrictions on TikTok that are scheduled to go into effect Sunday evening.

Speaking to reporters, Trump said he approved the deal “in concept.””I have given the deal my blessing,” he said. “If they get it done, that’s great. If they don’t, that’s okay, too.

It is unclear whether ByteDance will remain a majority owner of TikTok, as had been reported earlier this week. Trump claimed TikTok would be “totally controlled” by Oracle and Wal-Mart.Oracle didn’t immediately respond to request for comment.

Trump added the deal will include a $5 billion fund for US education, though he did not say which companies would be making the payment.

Trump had previously expressed a desire for the companies to make a payment to the US Treasury, but was surprised when he was told such an arrangement would be illegal.

Trump also said the deal will result in 25,000 jobs, and that TikTok would be headquartered in Texas.

This is a developing story