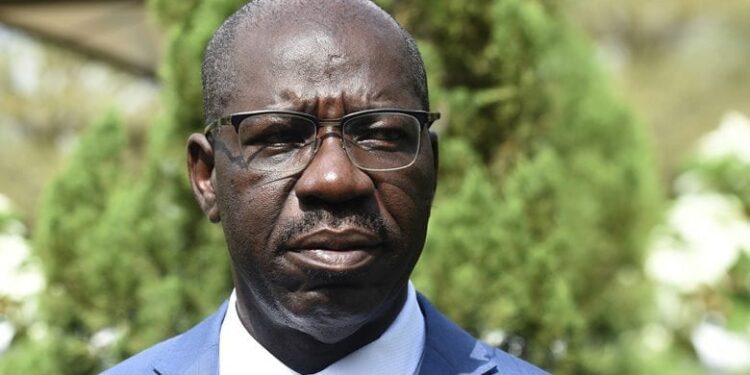 He described his re-election as “triumph over godfatherism”.

He said, “Words fail me in saluting our teeming supporters who displayed immense courage in the face of threats, intimidation, and brutalisation.

“The collective will of Edo people made it possible for us this triumph over godfatherism. Congratulations to Edo people.”

Obaseki of PDP polled 307,955 votes to defeat his closest rival, Osagie Ize-Iyamu, of the All Progressives Congress, who got 223,619 votes.

Rim-Rukeh, while declaring Obaseki winner, said the incumbent governor was returned elected after satisfying all requirements in line with the law.

The Independent National Electoral Commission had declared Obaseki winner of the governorship election.

Obaseki of PDP ran against APC standard-bearer, Ize-Iyamu and 13 others.

Obaseki was elected on APC’s platform in 2016 but defected to the PDP after being denied the ticket owing to intra-party squabbles.