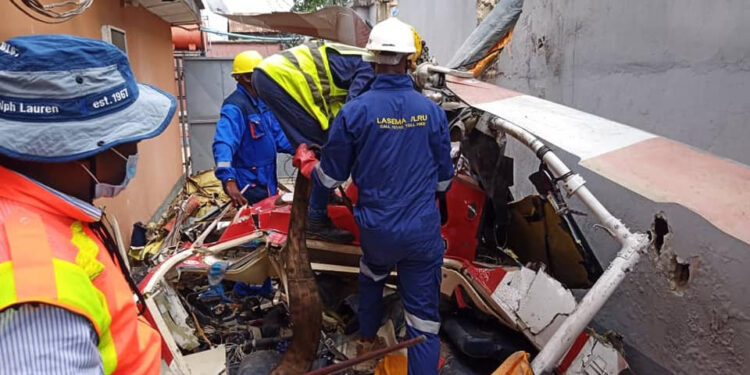 The Accident Investigation Bureau (AIB) has released its preliminary report on the Bell 206B III helicopter crash that occurred in the Opebi area of Lagos, on August 28.

The report revealed that the helicopter, which was operated by Quorum Aviation Limited, had a valid Certificate of Airworthiness as the pilot’s last medical examination was valid till the 6th of August 2020.

It also stated that there was no evidence to show that an application for the exemption provided by the All Operators’ Letter AOL DG020/20 had been submitted to the Nigerian Civil Aviation Authority.

It said, “The helicopter with registration marks 5N-BQW, operated by Quorum Aviation Limited, was topped up with 247 litres of fuel to full tank capacity on ground Port Harcourt Military airport (DNPM).

“The technical logbook entry revealed that there was an engine run for 10 minutes and a test flight of 20 minutes in preparation for a positioning flight the next day.”