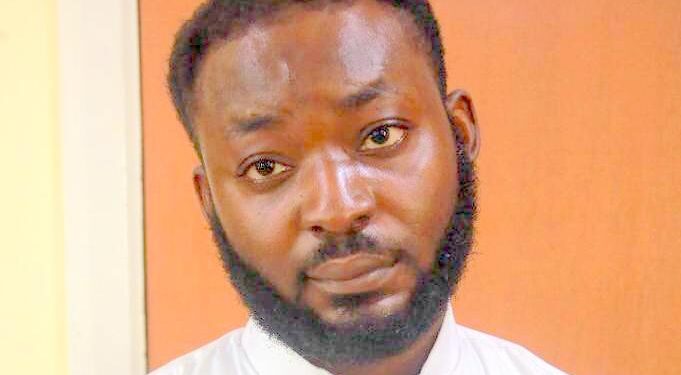 A 31-year-old man, Felix Okpoh has turned himself in to the Economic and Financial Crimes Commission (EFCC) office in Lagos, over alleged international fraud charges.

Okpoh, who is wanted by the U.S. Federal Bureau of Investigations (FBI) for his alleged involvement in a Business Email Compromise (BEC) scheme that defrauded over 70 different businesses in the United States, and who allegedly conspired with five others to defraud their American victims of over $6million, was escorted to the EFCC office by his father, retired Colonel Garuba Okpoh and his mother Justina Okpoh.

A spokesperson for the EFCC, Wilson Uwujaren, said the suspect surrendered on September 18 and that investigations into his case had since commenced.

Mr. Uwujaren quoted Mr. Okpoh as saying, during interrogation, that he decided to surrender himself to the Commission out of respect for his parents and his resolve to be morally upright.

On August 21, 2019, Mr Okpoh was indicted in the United States District Court, District of Nebraska, Omaha, Nebraska, on charges of Conspiracy to Commit Wire Fraud. On August 22, 2019, a federal warrant was issued for his arrest.

On June 16, 2020, United States Attorney Joe Kelly and Kristi K. Johnson, Special Agent in Charge of the Omaha field office of the Federal Bureau of Investigation, announced the unsealing of indictments charging the six Nigerians for their involvement in the fraud schemes.

“The schemes included individual victims and victim businesses both in Nebraska and other states,” the U.S. Department of Justice said in a statement announcing the indictment.

“The Nigerian nationals charged and still at large are Richard Uzuh; Micheal Olorunyomi; Alex Ogunshakin; Felix Okpoh; Abiola Kayode and Nnamdi Benson. An indictment is a formal accusation returned by a grand jury upon establishing probable cause. The indictment is not evidence of guilt and defendants are entitled to a presumption of innocence. Two related defendants have entered pleas of guilty. Adewale Aniyeloye was sentenced in the District of Nebraska to 96 months’ imprisonment for wire fraud. Onome Ijomone received a 60-month sentence for conspiracy to commit wire fraud.”