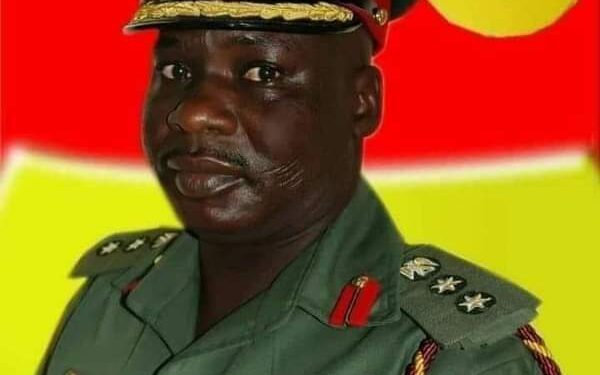 Bako was said to have died from injuries he sustained from an ambush the Boko Haram splinter faction laid.

Confirming his death, the Nigeria army described Colonel Bako as “one of our gallant and finest war heroes”.

The spokesman of the Nigeria Army’s Operation Lafiya Dole, Ado Isa, confirmed the death in a press release.

He said Bako, who was until his death the commander of 25 Task Force Brigade in Damboa, died in a military hospital where he was receiving treatment after the ambush.

“Operation LAFIYA DOLE wishes to intimate the general public of the demise of one of our gallant and finest war heroes Col DC Bako.

“It could be recalled that the professional, gallant senior officer who always led from the front and a patriotic Nigerian, led a patrol to clear Boko Haram Terrorists from Sabon Gari-Wajiroko axis near Damboa when his patrol team entered an ambush at about 10a.m. Sunday 20 September 2020.”

According to Isa, under Bako’s able leadership, the troops cleared the ambush resulting to the killing of scores of terrorists and recovery of weapons and equipment.

In September 2012, Bako led 233 Battalion deployed to Yobe State, as part of the military buildup to support the joint task force campaign against Boko Haram.