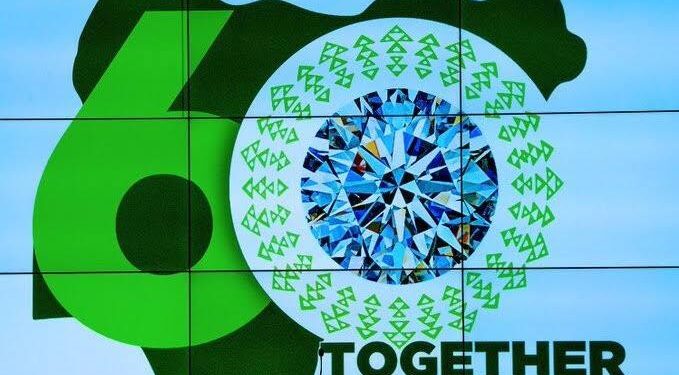 The Lagos State Government on Wednesday rolled out its programme for the country’s 60th Independence Anniversary celebration.

Speaking during a news briefing in Ikeja, the Commissioner for Home Affairs, Prince Olanrewaju Elegushi, said that the celebration would be low key, in the face of COVID-19 pandemic.

He said that the grand finale, which would be the Independence Day Parade, would hold at Agege Stadium, Agege, on October 1.

According to him, this year’s Diamond anniversary is a milestone, and worth celebrating.

“Sixty years of unity despite various challenges the Nigerian state has had to face and surmount; 60 years of ongoing socio-economic development; 60 formidable years of forging ahead in spite of several daunting obstacles lining our path of greatness.

“This year’s Independence Day celebration calls for celebration, although we cannot roll out drums due to the scourge of COVID-19 that is still with us.

“However, this Diamond Jubilee calls for sober reflection and thanksgiving to the almighty for keeping the Nigerian state together thus far,” he said.

The commissioner said that the world’s focus was centered on Nigeria and its ability to evolve.

He said that the resilient, never-say-die spirit of the average Nigerian to succeed anywhere in the world and the amount of change and offering that the country brought to the world table could not be underestimated.

According to him, it is therefore permissible to say that Nigerians can handle whatever is thrown at them.

He commended the foresight, dedication and passion of Governor Babajide Sanwo-Olu who deployed all resources to mitigate the spread of the global coronavirus pandemic.

“In Lagos, the Centre of Excellence, the administration of Mr. Babajide Olusola Sanwo-olu is poised to deliver the dividends of democracy at every level of governance.

“Presently, there are ongoing massive infrastructural developments in the state in tandem with the T.H.E.M.E.S agenda of this administration, which is aimed at aiding commercial activities and geared towards making Lagos a 21st century economy.

“Our young people and entrepreneurs alike will be assisted to lead our nation to fuller progress and to the closer realisation of becoming economically independent to the point of creating wealth and employment to their fellows both home and abroad.

“Our State of Excellence will continue to be the face of Nigeria in infrastructural development, industrialisation, trade investments and information technology.

“Today, we can proudly say that no investor can come into the country without the urge and desire to carry out their businesses in Lagos. We are the commercial heartbeat of the nation!”, the commissioner said.

The Commissioner for Information and Strategy, Gbenga Omotoso, said that Lagos State, being the commercial centre of the nation, was set to lead other states in this year’s celebration.

Omotoso said that it was not out of place to say that Lagos remained the economic nerve centre of Nigeria, as it had led in the way of everything in the country.

“It is not out of place to say it all began in Lagos. Lagos may not be the capital of Nigeria now, but it has remained the economic nerve centre of the country,” he said.