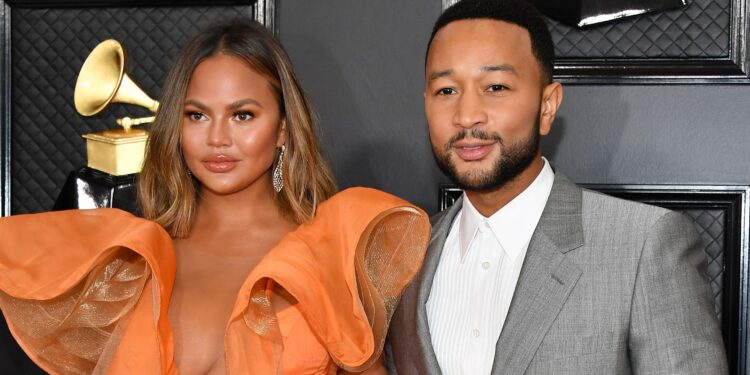 Chrissy Teigen and John Legend have lost their baby after the model was hospitalised for excessive bleeding while pregnant with her third child.

Teigen said she was in shock, and devastated after losing her son, who they had decided to call Jack.

She posted on Thursday afternoon (NZ Time), with the news.

“We are shocked and in the kind of deep pain you only hear about, the kind of pain we’ve never felt before. We were never able to stop the bleeding and give our baby the fluids he needed, despite bags and bags of blood transfusions. It just wasn’t enough,” she said.

“To our Jack – I’m so sorry that the first few moments of your life were met with so many complications, that we couldn’t give you the home you needed to survive. We will always love you.”

On Sunday, the model and cookbook author offered an update from her hospital bed on her health, explaining she was experiencing complications halfway through her pregnancy.

“But I was always, always bleeding. … Maybe (for) a little bit less than a month, but we’re talking more than your period, girls. Definitely not spotting. A lot of people spot, and it’s usually fine, but yeah, mine was a lot.”

Teigen and her husband, musician John Legend, revealed in a music video released in August that they were expecting their third child – a baby boy. The couple are parents of a 4-year-old daughter, Luna, and 2-year-old son, Miles, both conveived via IVF.

Legend confirmed the news during an interview with Today at the time, saying, “It was a surprise. A little quarantine surprise, I guess you could say. But we’re very excited, and we’re grateful for all the well-wishes we’ve gotten from people all around the world. Thank you so much.”