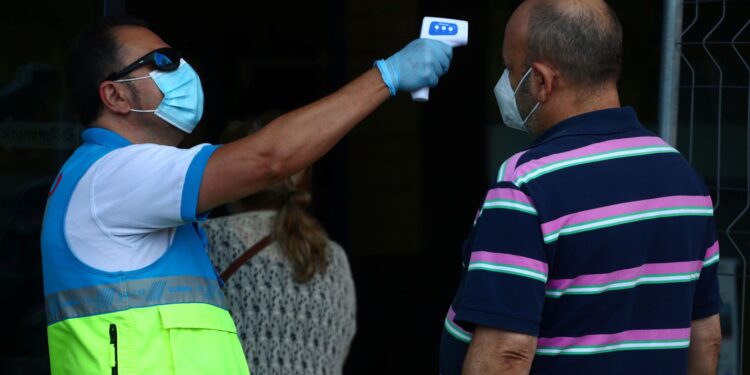 A man gets his temperature checked in Vallecas, Madrid, which has already been under partial lockdown

Residents in Madrid will be banned from leaving the city, except on essential trips, under strict new coronavirus restrictions imposed by the Spanish government.

Madrid has 735 cases of COVID-19 per 100,000 people, one of the highest of any region in Europe and double the national rate.

But regional authorities said the decision had no legal basis, setting the stage for a political showdown in an area accounting for more than a third of Spain’s 133,604 new cases in the past two weeks.

Under the new measures, the capital city’s borders will be closed to outsiders for non-urgent visits.

Another nine cities in the metropolitan area are also affected.

“Madrid’s health is Spain’s health. Madrid is special,” Health Minister Salvador Illa told a news conference to announce the new regulations, which are due to come into force in the coming days. He did not say exactly when.

People will be allowed to cross municipal boundaries to go to work or school, visit the doctor or go shopping, but must remain within the city for leisure activities.

Other measures include the closure of bars and restaurants at 11pm, from a previous curfew of 1am, as well as the closure of public parks and playgrounds.

Social gatherings will be limited to six people.

But the new wider restrictions see the central government overriding the regional government after weeks of fighting between the two authorities over what should be done in the city.

“The decision is not valid legally,” regional health chief Enrique Ruiz Escudero repeatedly told a news conference of the
lockdown plan, even though the local authorities had seemingly accepted some steps earlier this week.

“The Spanish government is in a hurry to intervene in Madrid but not to defeat the virus.”

The fallout has taken the political polarisation that has characterised much of the response to the pandemic over the past months to new heights, exasperating communities.

Madrid’s refusal to adopt national standards approved by 13 of Spain’s 19 regions and autonomous cities represented a new setback for Prime Minister Pedro Sánchez’s left-wing coalition, which is trying to push for a stricter response in the opposition-ruled Spanish capital.

Spain has recorded a total of 769,188 cases, more than any other nation in Western Europe. The total death toll stands at 31,791.

“We must be conscious that there are tough weeks, very tough, ahead,” Mr Illa said. 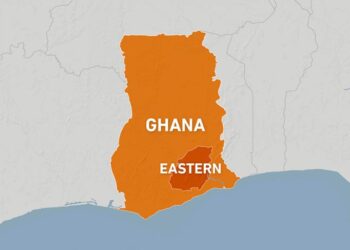