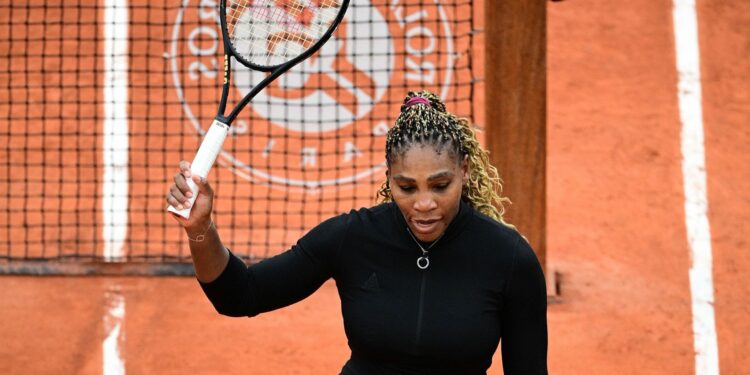 Serena Williams has on Wednesday morning pulled out of her second round match-up against Bulgarian player Tsvetana Pironkova at the ongoing French Open Grand Slam sighting an Achilles tendon injury problem as the reason for ending her participation prematurely at Roland Garros.

The former World champions has been managing and playing through an Achilles tendon injury problem she reportedly has been managing since her semi-final loss to Victoria Azerenka at the US Open and as she played through the pain and went on to win in the French Open first round match against fellow American Kriste Ahn.

She was out warming up on Wednesday morning but she gave a statement she was pulling out after realising she could not go on to play with the pain,

She would reportedly  be needing at least four to six weeks to get back to playing active and competitive Tennis again as she is required to take the first two weeks to rest before commencing treatment and rehabilitation. This might mean that her quest to equal the 24 Grand Slam title record would have to be on the hold for now till at least say 2021 as its unsure maybe she would still be making a decision to play this season again. Recall it’s not the first time Serena would be pulling out at the French Open as she pulled out in 2018 as well sighting abdominal injury with before a round of 18 match-up with Maria Sharapova.

Here is to wish Serena Williams a speedy recovery.

In other major female tennis updates, the 10th seed player and the US Open runner-up Victoria Azerenka was dumped out 6-2 6-2   in the second round by Anna Karolina Schmiedlova