They have been banned from carrying out routine patrols and other conventional low-risk duties –stop and search duties, checkpoints, mounting of roadblocks, traffic checks, among others – with immediate effect.

Atiku bemoaned that SARS unit of the Nigerian Police was set up to confront violent crimes such as armed robbery, kidnapping and other related crimes. However, the unit has today morphed into an oppressor of the Nigerian masses who strive everyday for a better life.

He further condemned the activities of SARS. “Reports of intimidation, harassment and outright extortion by officers of the Special Anti-Robbery Squad (SARS) have continued unabated.

“I strongly condemn their cruel actions against our people, and I urge the government to rise to the occasion and nip this monstrosity in the bud with the seriousness it deserves,” says Atiku.

He suggested, however, that it is expedient the activities of SARS are reviewed to ensure that the rogue elements are excised from the unit and sanity returned to its operations.

Meanwhile, in the words of Suleiman, SARS should be proscribed, describing them as a disgrace to the police force.

“They are worst than the criminals they claim to be against. Their trigger-happy nature have rendered mothers childless, sent youths on premature extinction, wasted destinies. They will reap what they sow,” he fumed and decreed.

While lamenting that the old has failed in leadership, he said the youths are being killed by SARS and their salaries are paid by these same failed old leaders. “So indirectly, the old are killing the young.”

In his reaction, Saraki recalled reports of the continued harassment, illegal arrest, detention and high handedness by rogue cells of SARS against innocent Nigerians most of them young people in spite of the efforts to reform the police and raise standards of policing are disheartening.

He queried, “A situation where the officers of the Police Force become a threat to the lives and property of the citizens they swore to protect is condemnable and unacceptable.”

Therefore, the senate president called on the Federal Government to immediately put a stop to these reprehensible activities and restructure the unit to better perform its lawful duties of safe guarding the lives and property of the Nigerian people.

It was in reaction to their clarion call that the IGP banned operatives of FSARS and others in a media release the Force Public Relations Officer, Force Headquarters Abuja, DCP Frank Mba issued on Sunday.

It read in part, “No personnel of the Force is authorised to embark on patrols or tactical assignments in mufti. They must always appear in their police uniforms or approved tactical gear.”

The IGP’s directives also come against the backdrop of findings by the leadership of the Force that a few personnel of the Tactical Squads hide under these guise to perpetrate all forms of illegality, contrary to the Standard Operating Procedure (SOP), Code of Conduct and Rules of Engagement establishing the squads.

Specifically, the IGP has warned the Tactical Squads against the invasion of the privacy of citizens particularly through indiscriminate and unauthorised search of mobile phones, laptops and other smart devices.

They are, henceforth, to concentrate and respond only to cases of armed robbery, kidnapping and other violent crimes when the need arises.

The IGP noted that the FSARS and other Police Tactical Squads remain a critical component of the Force in confronting prevailing and emerging violent crimes in the country.

He, however, condemned every act of unprofessionalism, abuse of human rights and high-handedness by some personnel of the Squads.

Adamu has further ordered the X-Squad and the Monitoring Unit to embark on immediate and massive nationwide monitoring of activities of Tactical Squads and other police officers on the road.

They are to ensure prompt arrest, investigation and prosecution of all erring police officers who violate these directives and other extant regulations of the Force.

He charged them to ensure effective supervision and mentoring of the personnel of the Tactical Squads under their jurisdiction. 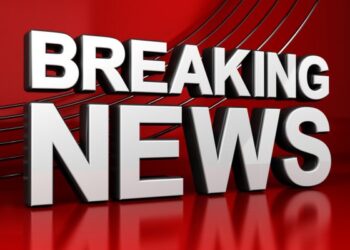