Lagos State Governor, Mr. Babajide Sanwo-Olu, has said that the state government will “speedily” take “appropriate actions” to curb the rising police brutality in the state.

A viral video on social media on Saturday showed members of the notorious Special Anti-Robbery Squad (SARS) of the Nigerian police forcing a young man into a car.

The car drove off after the man was forced to sit at the back of the car by the policemen who wore mufti.

A Twitter user, @yourmydad, who claimed to be the victim of the harassment, said the incident happened on 25th September when he and his friend were going to Yaba to pick up some items.

“When our Uber got stopped by men without uniforms who claimed to be SARS officers, I refused to open the doors because they had no ID,” he said in a Twitter thread on Saturday.

He said the unidentified police officers demanded N1 million bribe from him and his friend and threatened to kill him if he raised alarm.

He said N100, 000 was extorted from him before they were allowed to go.

“The seemingly unlawful exploitation by the people charged to protect is very worrying & needs to be addressed immediately,” Sanwo-Olu-Olu said. 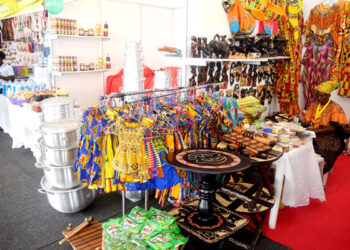 The Lagos Chamber of Commerce and Industry (LCCI) has postponed the Lagos International Trade Fair initially slated for November 5th...