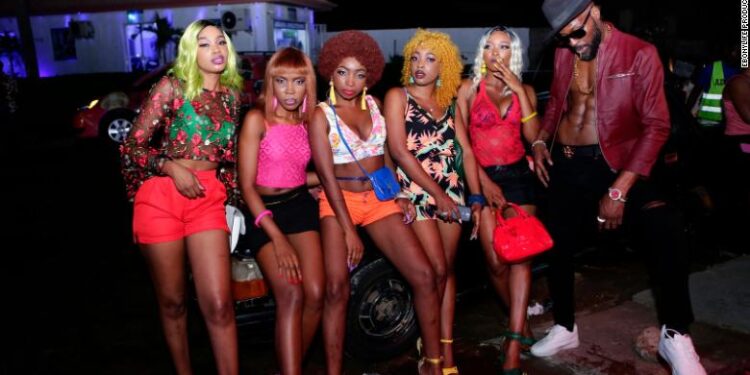 Actors gather on the set of "Oloture," a Netflix original film about an investigative journalist who goes undercover to report sex trafficking in Nigeria.

Dressed in a transparent and colorful blouse, a sex worker in Lagos, the commercial center of Nigeria jumps out the window of a room at a party to avoid having sex with a potential customer.

She is seen, heels in her hand, running away from the party and eventually getting into a bus heading back to a brothel, where she lives with other sex workers.

These scenes are from the Netflix original film, “Oloture,” in which we later find out that the sex worker, also named Oloture, is a Nigerian journalist who is undercover to expose sex trafficking in the country.

Every year, tens of thousands of people are trafficked from Nigeria, particularly Edo State in the nation’s south, which has become one of Africa’s largest departure points for irregular migration.

The International Organization for Migration (IMO) estimates that 91% victims trafficked from Nigeria are women, and their traffickers have sexually exploited more than half of them.

Through “Oloture,” the difficult realities of these women, particularly those who are sexually exploited, come to light. It shows how they are recruited and trafficked overseas for commercial gain.

Mo Abudu, executive producer of “Oloture,” told CNN that the crime drama was inspired by the numerous cases of trafficking around the world and in Nigeria. 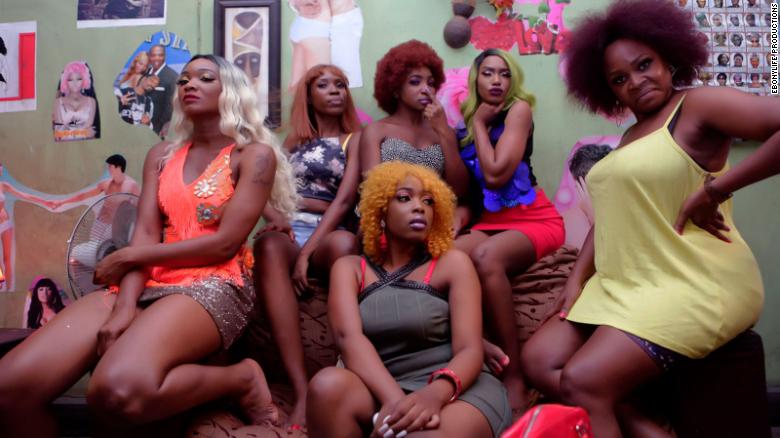 “There have been many reports around the world highlighting human trafficking and modern slavery. It has been in our faces. I dug and dug and did a bit more research, and when I came across the numbers and saw how much was made annually from human trafficking, I was totally shocked,” she said.

Human trafficking is a $150 billion global industry. And two-thirds of this figure is generated from sexual exploitation, according to a 2014 report by the International Labor Organization.Abudu — who is also CEO of EbonyLife Films, which produced “Oloture” — added that the film mirrored some real-life reports by journalists who had gone undercover to expose sex trafficking patterns in the country.

One of them, she said, was a 2014 report by journalist Tobore Ovuorie, in the Nigerian newspaper, Premium Times.”Upon research, we found that many journalists had gone undercover to report on human trafficking. But the Premium Times article did spark our interest as some of it plays out in the film,” Abudu said.

Ovuorie, whose report was credited in “Oloture,” told CNN that women often get trafficked as a result of their need to make money abroad.Ovuorie said she met many women in the course of her reporting who wanted to get to Europe in hopes of better job opportunities that would earn them more money.

“People were motivated by greed, you know, the need to get rich. I spoke with the women I was supposed to be trafficked with, and many of them wanted better lives motivated by money. There was one girl who had never earned more than 50,000 naira (about $130) as salary since she graduated from university,” she told CNN.

Most of the women were fleeing harsh economic conditions and poverty, making them easy prey for traffickers, Ovuorie said.

During Ovuorie’s investigation, she said she posed as a sex worker on the streets of Lagos, looking to travel to Europe. 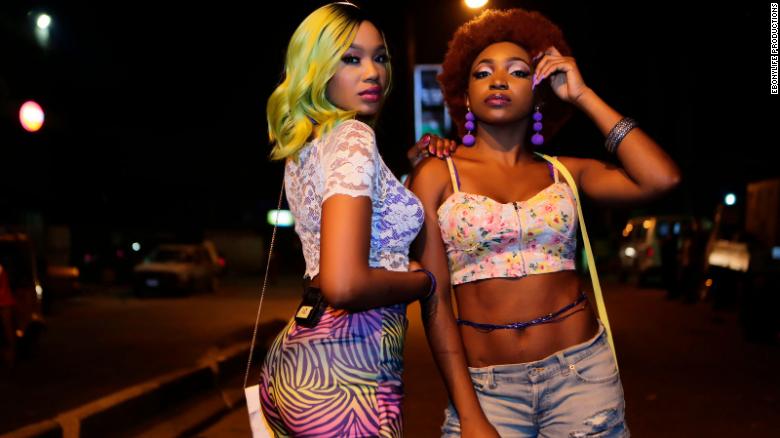 Her plan worked. She was eventually linked with a trafficker who promised to get her to Italy. In partnership with ZAM Chronicles and Premium Times, she documented her experience.

After a series of “humiliating trainings” and physical abuse, she said she was told she and other girls would receive a fake passport in preparation to be smuggled outside the country through the border in Benin in West Africa.

She escaped at the border.

Many women who are trafficked in Nigeria face sexual, physical and mental abuse, according to a 2019 report by Human Rights Watch.

The rights group interviewed many women who said they were trafficked within and across national borders under life-threatening conditions as they were starved, raped and extorted.

On some occasions, according to the report, they were forced into prostitution where they were made to have abortions and coerced to have sex with customers when they were sick, menstruating or pregnant.

“Oloture” portrays some of these harsh realities as the lead character (played by Ooja) suffers sexual violence and physical abuse, including being whipped by one of her traffickers.

It was important to depict the reality of sex trafficking so viewers can understand the experiences of women who are forced into the trade, Gyang, the director, told CNN. 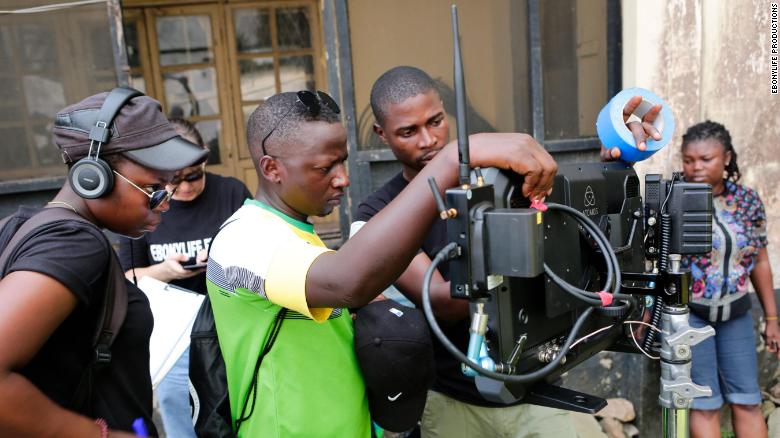 Director Kenneth Gyang works behind the scenes of film, “Oloture.”

“I wanted people to know that this is the reality of these ladies. People always want closure but life is not about a Hollywood ending; you can’t always get a happy ending,” he said.

While directing the film, Gyang visited places with sex workers to get a better idea of how they live and work, he said.”

I actually went to places where we have sex workers in Lagos with one of the producers of the film. We wanted to really capture their lives so that we would be able to show it realistically in the movie. We talked to them, and some of the rooms we used in the movie were actually used previously by sex workers,” he explained.

‘The most impactful movie we have ever done’

The film was shot in 21 days towards the end of 2018, he said. Post-production was covered in 2019, and it was released Friday on Netflix.

In just days, it has become the top watched movie in Nigeria and is among the top 10 watched movies in the world on Netflix.

“It’s huge for me as a filmmaker that people have access to the film from all over the world. I want many people as possible to see it and have conversations about sex trafficking,” Gyang said.

The film is doing well in countries like Switzerland, Brazil, and South Africa because it is authentic and “deals with the truth,” Abudu said.

“EbonyLife has done seven movies. But this is the most impactful one we have ever done. And the most important,” Abudu said.

The National Agency for the Prohibition of Trafficking in Persons (NAPTIP), the law enforcement agency in charge of combating human trafficking in Nigeria, wants the film to be made available to people in rural communities who don’t have access to Netflix.

“I haven’t seen the movie, but if it is trying to portray the ills and dangers of trafficking, then it’s fine since that is going to raise awareness,” Julie Okah-Donli, the director-general of the agency said.

And while she is happy that “Oloture” is shining the light on human trafficking, she told CNN that women mostly targeted by traffickers may not get to watch it.

“The people watching it on Netflix all know what trafficking is. It needs to go to those girls in rural communities where traffickers go to bring them from. Those are the girls that the awareness should go to,” Okah-Donli said.

With more people partnering with NAPTIP and raising awareness of the dangers of trafficking, sex trafficking will be minimized in Nigeria, she said. 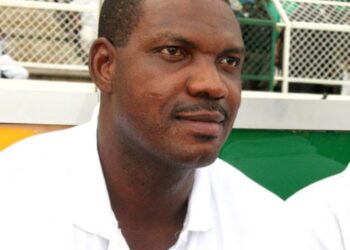 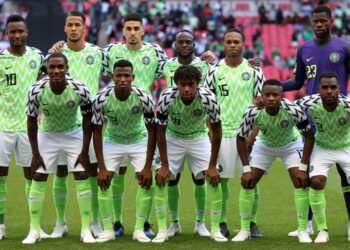 Bangladesh: Millions flee their homes as flooding hits a third of the country