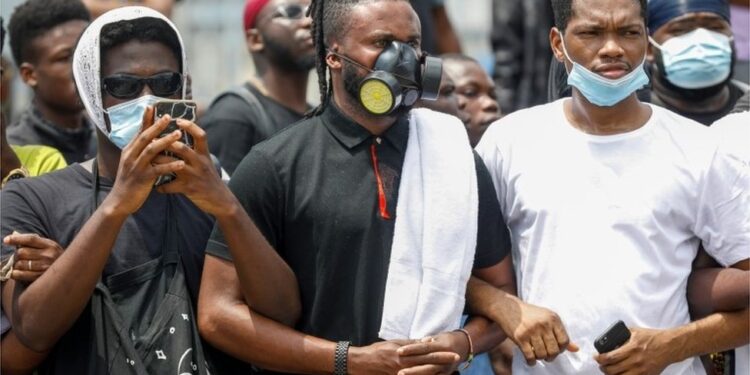 Some brave protesters in Lagos State have, Wednesday, apprehended armed hoodlums mobilised by some unknown figures to disrupt peaceful protest against the newly formed unit, SWAT.

The #EndSWAT protesters dealt with the hooligans a little before handing them over to the Alausa Police Station, Lagos.