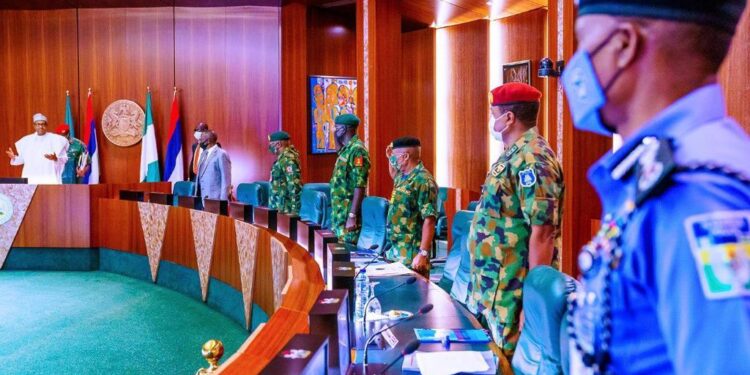 • Investigates killings in other states

Following the nationwide outcry against police brutality with the #EndSARS protest, the Presidential Panel has on Saturday indicted 16 operatives of the disbanded Special Anti-Robbery Squad (SARS) for extrajudicial killings and enforced disappearance in five states and the Federal Capital Territory, Abuja.

The five states are: Lagos, Delta, Enugu, Imo, and Kaduna.

While Inspector Akeem Balogun was indicted for murder, Inspector Ibukun Olusoga, and ASP Columbus were indicted for enforced disappearance, all in Lagos.

Seven officers were indicted for extrajudicial killings in Imo State, where it has the highest number of confirmed cases of violation of the right to life, unlawful arrest and detention, and threats to life.

In Abuja, five officers were indicted for extrajudicial killings and refusal to release corpses of victims to bereaved family members.

In Enugu State, Sgt Paul Everest was indicted for alleged torture in custody leading to death while ASP Muyiwa was indicted for unlawful arrest, detention and extrajudicial killing in Delta State.

Inspector Yakubu Baba was indicted for torture, violation of the right to life and dignity of the human person in Kaduna State.

The report was submitted to the President, Muhammadu Buhari (retd), on June 3, 2019.

It was recently submitted to the Police Service Commission, the Inspector-General of Police and the office of the Attorney General of the Federation in the wake of the #EndSARS protests, for prosecution and disciplinary actions.

The Presidential Panel has also called for the prosecution of the officers, which will begin on Monday.