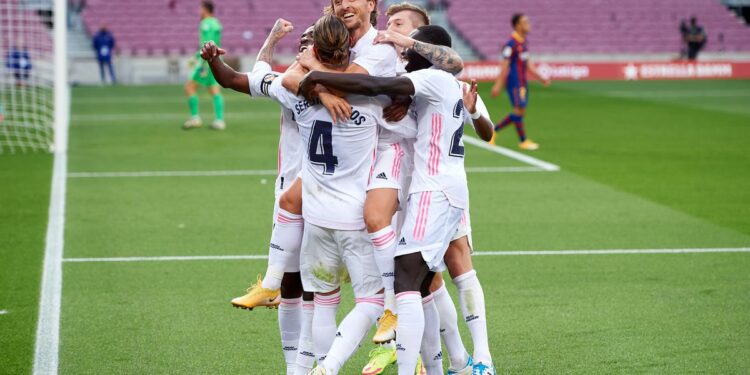 The 1st El Clasico of the Spanish La Liga season 2020 went down earlier today at the Camp Nou home stadium of  Fc Barcelona, both team came into this particular el clasico with a similar unconvincing domestic form having lost their last La Liga games from the last match day, Barcelona lost 1 nil away to Gatafe, but they have since bounced back to winning ways on match day 1 in the UEFA Champions League opening group game, defeating Hungarian side Ferencvarous 5-1 despite ending the game with 10 men. Madrid on the other side were coming back from two home losses in the last two matches, a 0-1 loss in the league to newly promoted Cadiz and a shocking 2- 3 match day 1 Champions league group opening game loss to Ukrainian side Shakhtar Donetsk.

Madrid were up to it quickly as early as the 5th minute when Federico Valverde got in on a through ball from Karim Benzema  and was calm enough to shoot his side into the lead to set up a thrilling el clasico start and an exciting match from the neutral point of view, but it didn’t take long before Barcelona’s 17-year-old teenage sensation Ansu Fati who won’t stop scoring, levelled the score line on the 8th minute mark courtesy of a squared ball from left back Jordi Alba .

Madrid surprisingly were bossing the play in terms of possession but it was Barca having the bulk of the play in the right areas with Messi and Phillipe Coutinho testing Madrid goal keeper, Courtois was up to it as he was having a great day in goal. It was Karim Benzema’s turn to test Barca goalie Neto as he tried a shot from range but Neto was up to it as he carried the ball to safety. Zidane’s men had majority of the possession to see off a very fast paced 1st half which ended a goal apiece.

2nd 45 commenced with Barca looking like the team likely to get the next goal even though Madrid were still bossing the possession and the midfield play as  Ronald Koeman’s who is taking charge of his 1st el clasico as a manager set up his team to rely mostly in the counters. Madrid would get ahead in the 65th minute as they were awarded a penalty which was converted by the captain Sergio Ramos to put his side ahead.

Ronald Koeman who was managing his 1st elclasico as a manager and his side injected some urgency into their play after the Ramos goal, they pressed for the equaliser but were not creating much as it was Madrid having the better chances and looking likely to score, Toni Kros forced a double save out of Neto  and he also did well to save with his foot a volley from Sergio Ramos resulting from a corner kick.

Luca Mordic would however have the final say for Madrid in added time with a very composed finish. Neto has dropped the ball kindly to Rodrygo who squared the ball to Mordic who did well to manage to slot the ball calmly between two defenders to make it 3 for Madrid.

It ended 1-3 as Ronald Koeman is handed a defeat at his elclasico debut as manager of Barcelona.

Madrid has set the marker in the La Liga title defence with the win as they now top the table with 13 points from  6 matches played and Barca are a distant 12th with same number of matches played, It’s still early days thought but Real Madrid are definitely going to enjoy getting all 3 points away from home and sending a strong message out to their rivals in the title chase this season. 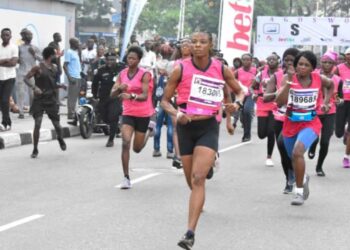 The Lagos State Sports Commission (LSSC), yesterday, said that it would hold the Y2020 mini-Marathon for women tagged “Lagos Women...