by The Lagos Today
in Uncategorized
5 min read
0
0 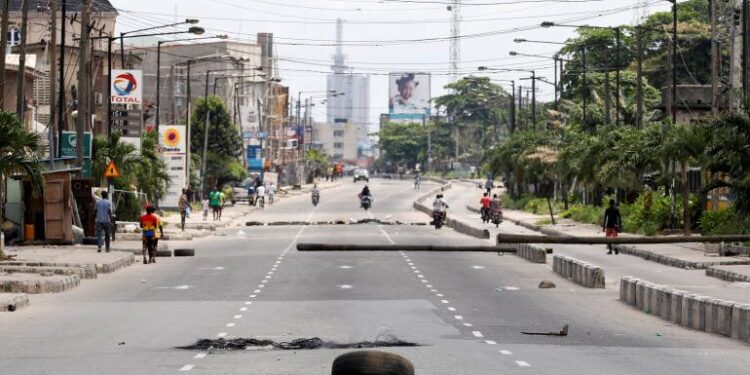 Residents and government workers clean up streets of Lagos as curfew is relaxed, with authorities say they will compensate owners of looted businesses.

Relative calm has returned to Nigerian cities after more than two weeks of deadly protests against police brutality and widespread anger over the shooting of peaceful demonstrators.

In Lagos, the country’s commercial hub and the epicentre of the protests, authorities on Saturday eased a 24-hour curfew, while the streets of the capital, Abuja, gradually returned to normal.

With Lagos’s residents allowed to leave their homes between 8am and 6pm local time, some decided to go out and help government workers clean up the streets and buildings damaged by arsonists.

“The level of destruction is shocking. We can’t leave everything to the government,” said Lagos resident Chinwendu Madubuike.

“Lagos belongs to all of us. We are not happy with the destruction of buildings and burning of shops. The bit we can do is to clean up the mess and begin to rebuild what has been destroyed,” added Madubuike.

But others decided to boycott the clean-up exercise despite online appeals by some volunteers.

“We the youths have been on the streets protesting peacefully for over a week and cleaning up our mess day and night,” said entrepreneur Chelsea Balls.

“As much I would love to clean up my state and have my state back to its normal form, we the youths didn’t make that mess – the hoodlums hired by the government did that,” added the 36-year-old.

Demonstrators against police violence have long expressed fears that agitators might be used to disrupt the peaceful character of their movement and create the conditions that would justify a security crackdown against them.

On Tuesday, hours after Lagos State Governor Babajide Sanwo-Olu had announced the round-the-clock curfew, citing what he described as the degeneration of demonstrations “into a monster”, peaceful protesters who had gathered at a toll gate in Lagos’s Lekki district in defiance of the measures were shot at.

Witnesses and rights group said soldiers opened fire on the protesters. The military maintains its men were not involved. Amnesty International said at least 12 protesters were killed by the army and police in Lekki and Alausa, another area of Lagos, on Tuesday.

“Our beautiful city has seen a level of destruction almost akin to a war zone,” Sanwo-Olu tweeted after visiting some of the sites that came under attack.

“It was a shocking and very sad spectacle. Our land took a beating and this hurts. Historical buildings, cultural centres, private malls, government holdings and private businesses were pillaged and burnt,” added Sanwo-Olu, whose government has pledged to support business owners targeted by gangs.

“Lagos will not burn. Not on my watch. Enough is enough. We want peace and we will get peace.”

Later on Saturday, Muhammed Adamu, inspector general of police, said he had ordered the “immediate mobilisation” of all police resources “to bring an end to the wanton violence, killings, looting and destruction of public and private property, and reclaim the public space from criminal elements masquerading as protesters in some parts of the country”.

Peaceful protests against police brutality broke out across Nigeria earlier in October, demanding the scrapping of the Special Anti-Robbery Squad (SARS), a notorious police unit accused of torture, extortion, harassment and even extrajudicial killings.

Authorities on October 11 announced the dissolution of SARS but protesters remained unconvinced by the announcement, saying they would remain on the streets until their demands were met, including the release of imprisoned protesters and implementation of structural law enforcement reforms.

On Friday, President Muhammadu Buhari said 51 civilians were killed in the unrest and blamed “hooliganism” for the violence while asserting security forces used “extreme restraint”.

Buhari said 11 policemen and seven soldiers had also been killed by “rioters” and another 37 civilians were injured as of Thursday. He did not mention the shooting of peaceful protesters in Lagos that prompted international outrage.

In Abuja, attacks by gangs on Monday and Tuesday left at least eight people dead, according to police. Vehicles were also burned in the unrest, which forced many business owners to close shop.

On Saturday, a growing number of shops opened their doors on Saturday.

Elsewhere, however, pockets of violence and looting were still being reported in parts of Nigeria, including in the states of Plateau, Oyo and Cross River.

Meanwhile, videos of people looting warehouses of COVID-19 palliatives in several cities have been widely shared online in recent days.

The clips show residents scrambling for bags of grain and other food items which were reportedly meant for distribution during the coronavirus lockdown.

Separately, a number of state governments said they have set up judicial panels of inquiry to try policemen accused of abuses. 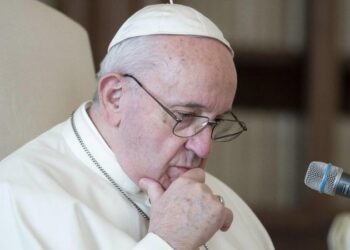 The Vatican has said it is investigating after the Pope's official Instagram account "liked" a photo of a scantily clad... 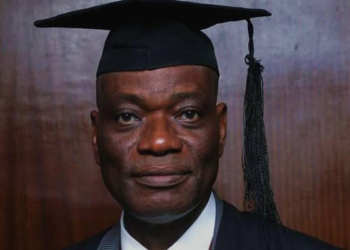 President Muhammadu Buhari has approved the reinstatement of the Vice Chancellor of the University of Lagos, Prof. Toyin Ogundipe on...