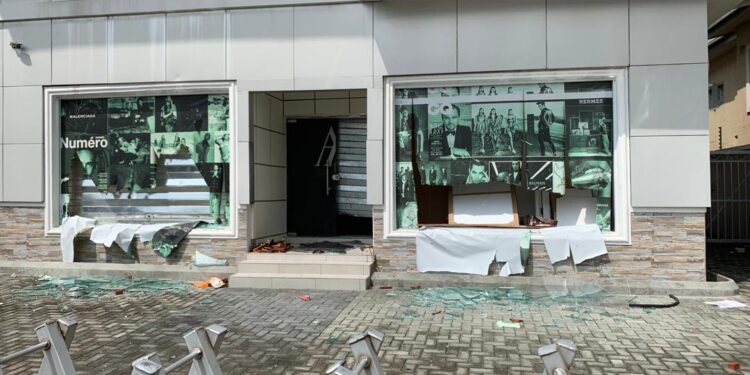 Some yet-to-be identified hoodlums have vandalised and looted Avenue Montaigne, a high-end art and fashion gallery in Lekki, Lagos and looted $300,000 worth of goods, leaving the stores in shambles.

The hoodlums smashed every glass in the gallery, took the flat screen TVs, computers, designer shoes (male and female), hand bags with notable brands, hats, five dispatch bikes worth N470,000 each, designer clothes, some ottomans, and timeless art pieces among several others.

Speaking to The Lagos Today on Monday, Mrs. Wendy Ayodele, the Company Secretary and wife of the CEO, said the incident occurred around 3pm on Wednesday October 21 at 16b Adewunmi Adebimpe Drive, Lekki.

“The two-in-one office of Avenue Montaigne is a fashion and art gallery store where we sell high end designers for both male and female,” she said.

While the back office is where they have the main operation like the official showroom, the boutique is for the luxury and fashion items demarcated by a glass.

Her words, “The hoodlums went into the showroom, took the TVs and the computers. They took everything in the store.

“All the new arrivals I brought in on Monday October 19 were taken,” she decried.

Calculating the loss, Ayodele said for the store alone they lost about N80/N100 million for all the products. The back is just the TVs and computers of about N7 million.

“Our main thing is the store. I have filled the form for the Lagos State government assistance,” she added.

Today, Monday, while Avenue Montaigne is trying to recuperate from the shocking loss, they have some people clearing up the place for them. 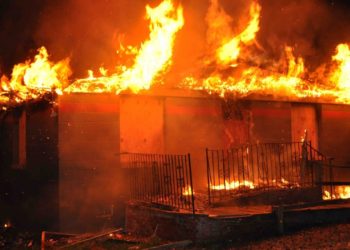