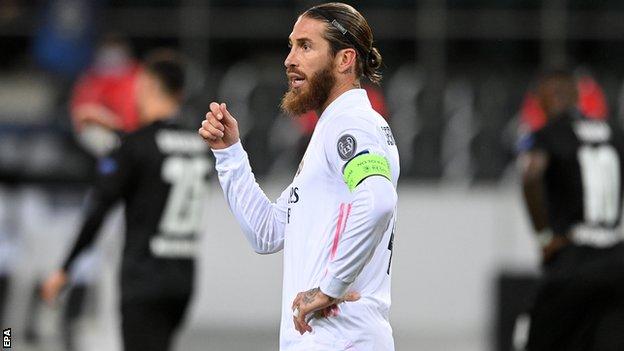 Match day 2 group games action resumed in the UEFA champions league on Tuesday evening all across Europe and at the end of day 1 of actions from Groups A to D, there were some more routine wins and some shocking outcome for some top teams, Here is my review of results from day 1 of Match day 2.

Defending Champion and the reigning German Champions Bayern Munich continued their impressive form in the competition as they got yet another group stage win making it their second win in two weeks, they started on a bright note in Europe this season already thumping  Atletico 4-0 on match day one last week at their home stadium. This time they were playing away in Russia at the RZD Arena, the home stadium of Locomotiv Moscow.

Bayern expectedly dominated the earlier proceedings and got ahead as early as the 13th minute through a perfectly headed goal by Leon Goretzka to set the mood for the day for the Champions as they capitalised on a period of early dominance in the early minutes to put the team in a commanding position despite playing away from home. Hans-Dieter Flick‘s men dominated the remainder of a very one-sided 1st half, but could not find a way past Guilherme in goal for Russian side as it ended with the slim one goal advantage headed into the half.

2nd 45 commenced with a prolonged period of Bayern dominance just like the 1st half, and the pressure almost paid off for Bayern as in the 64th minute, a penalty was awarded as Lewandowsky seem to have been brought in the build-up to what might have been a goal for the German side, but after checking up on VAR, the  referee on the night, Kovacs Istvan decided to revoke the penalty decision. Against the run of play, Locomotiv would get back in the game moments later in the 70th minute as Anton Miranchuk levelled for Marko Nikolic‘s side, to set up the mood for a very competitive final 20minutes of the match,

Bayern pressed further to get ahead in the game as the pressure paid off in the 79th minute. Joshua Kimmich ensured that his side would come away with all 3 points with a well taken powerful shot from outside the area, giving Guilherme no chance in goal for Locomotiv. It ended 1-2 in favour of the Champions in Russia.

The other group A match day 2 fixture saw Atletico Madrid labour at home at the Estadio Wanda Metropolitano to bounce back from the opening day 4 nil defeat to Bayern to win 3-2 against Salzburg. A 29th minute opener for Atletico was cancelled out by Dominik Szoboszlai, before an own goal from Atleti’s center back Felipe ensured that Salzburg would take the lead into the half, but a Joao Felix brace in the 52nd and 85th minute of the match ensured that Atleti would come out with all 3 points from the match.

Real Madrid were the away team at the Borussia-Park home of German side Borussia Monchengladbach on match day 2 and on paper would seem like a perfect opportunity to bounce back to the opening day home defeat to Shakhtar Donetsk, but it was not to be as it was Gladbach who raced into a 2-0 lead courtesy of  a brace from  Marcus Thuram, netting in the 33rd minute and doubling the advantage in the second half on 58th minute mark to put a clueless Zinedane Zidane‘s Madrid  side on the night in more woes.

Madrid coming from the back of a league El clasico win would later rally and up their game to score two late goals to salvage what was already looking like a second defeat in consecutive group games, Karim Benzema was on hand to get his side back in it as late as the 87th minute and a stoppage time goal from Casemiro ensured that Madrid would leave Germany with at least a point.

The other Group B fixture would see Shakhtar Donetsk and Inter play out a goalless draw in Stadion NSK Olimpiyskiy, Kyiv

Pep Guardiola’s Manchester City have continued their impressive start to their Champions league campaign this season as they were impressive away from home at the Stade Orange Velodrome home of French giant Marseille.

Goals from Ferran Torres in the 18th minute, lkay Guendogan in the 76th and Raheem Sterling’s 81st minute goal ensured that the score line was convincing enough for the English side.

In other Group C fixture, FC Porto bounced back to winning ways after losing to City in the Opening game to win 2-0 over Greek side Olympiakos at home at the Estadio do Dragao .

English Champions Liverpool hosted FC Midtjylland at home at the Anfield Stadium on Tuesday evening for their Group D match day 2 fixture and they continued in their impressive form in the UCL with two wins from two having won on match day when they defeated Ajax away from home.

Juergen Klopp team were slightly with the edge in the early exchanges and for the majority of the 1st half, but the game didn’t burst into life until the 55th minute when Diogo Jota tapped in from close range as he connected a Trent Alexander-Arnold square ball to put his team ahead.

Mo Salah got the second for Liverpool as he converted from the spot a penalty kicks in stoppage time, Midtjylland defender Paulinho had brought down Salah in the area and after referee consulted VAR, he awarded the penalty.

It ended 2-0 in favour of Liverpool.

In other Group D match day 2 fixture, Atalanta hosted Ajax at home at the Gewiss Stadium and it ended in 2-2 draw at the end

Match day 2 group games continue today for Groups E to H with some mouthwatering fixtures to look out for.