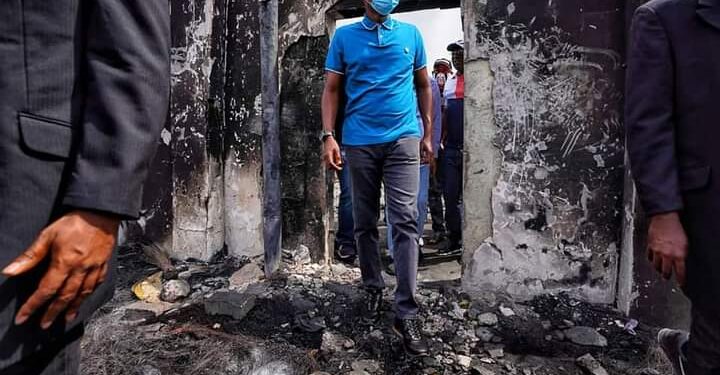 The Lagos State Government on Friday, said that state assets damaged in the violence and lootings that rocked the aftermath of the #EndSARS protests were covered by insurance.

It also notified all the ministries, departments and agencies to contact the appropriate insurance department with necessary documents in order to enable the loss adjusters begin assessment of the losses so that the insurance companies could commence claims payment.

The government said this in a circular titled ‘Processing of indemnity for state property damaged in the course of the recent civil unrest’ issued to its MDAs on Friday.

The circular was signed by the Head of Service, Hakeem Muri-Okunola.

“This is possible because the state government had proactively insured state assets as part of its risk management measures.”

Recently, while counting its losses, the LASG disclosed that 80 Rapid Transit vehicles were burnt by hoodlums in Oyingbo and Ojodu Berger during the violence that erupted from the protests.

The Lagos State Police Command also disclosed that a total of 25 police stations were attacked and razed by hoodlums.

The LASG in the circular notified that the insurance value-chain consisting of the insured, underwriter, insurance brokers, loss adjusters, and other appointed consultants would be inspecting the affected premises to carry out on-the-spot assessment of the facilities.

It directed all MDAs to send the list of all affected properties, items and other valuables, and also submit hard copies to the insurance department, Ministry of Finance before close of business on Monday in order to enable the insurance directorate engage the underwriters and loss assessors further.