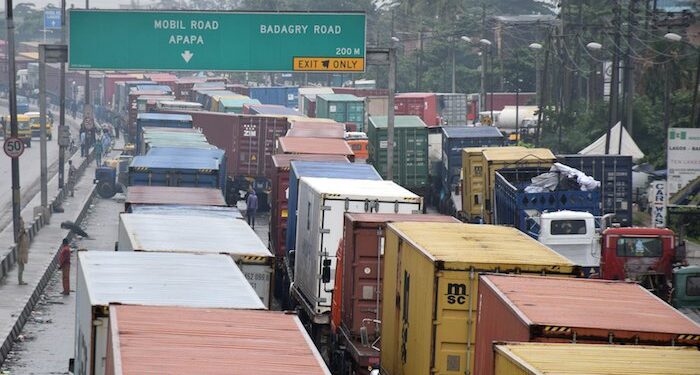 The Presidential Taskforce on Apapa Port has claimed that the lingering gridlock in Apapa is caused by an ‘in-port congestion’ created by exporters.

The PTT Vice Chairman, Kayode Opeifa, at a virtual dialogue held by the Lagos Chamber of Commerce and Industry, debunked media reports about traffic congestion in Apapa, referring to it as a non-recurring traffic.

According to him, the challenge with the port is due to business-people circumventing standard procedures and being in a hurry to move their goods in and out of the ports.

He explained that exporters were too desperate and moved their containers into AP Moller, rather than Lilypond where there was convenience.

“There is no gridlock, what we have is in-port congestion and that talks to the issue of port operations and the way we all do business,” he said.

Opeifa advised stakeholders to stay within the standard operating procedures and adhere to whatever instrument that is put in place.

He also noted the need to immediately resolve all issues with overtime cargo and port space efficiency in port holding bay and to look into the seaport terminal operations.

He suggested a multi-modal transport system with rail, road, water and others working at full capacity, stressing the need to improve port operations.

According to him, the export cargo shipment is in trouble as there seemed to be inadequate capacity in the sector.

Opeifa called on stakeholders to show interest and assist exporters.

“The ball is now in the court of the stakeholders. All stakeholders need to take ownership of Apapa. We need to take control, take charge and make sure that we make use of the ports following global best practices,” he said.

The Chairman, Freight Forwarders Group, Donald Uche, noted that there were still a lot of issues including extortion at Apapa and Tin Can ports to address.

He called for palliative on roads to enable exporters move their goods and to avoid containers falling.

He also suggested that Apapa Dockyard be mapped out for export cargo so as to have a leeway straight in, instead of queuing in the main Apapa expressway. 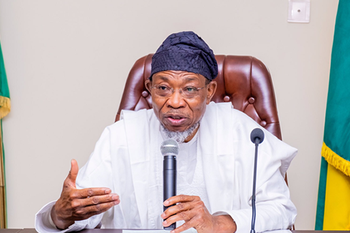 The Minister of Interior, Rauf Aregbesola, has clamoured for increased presence of private security firms to address insecurity in the...