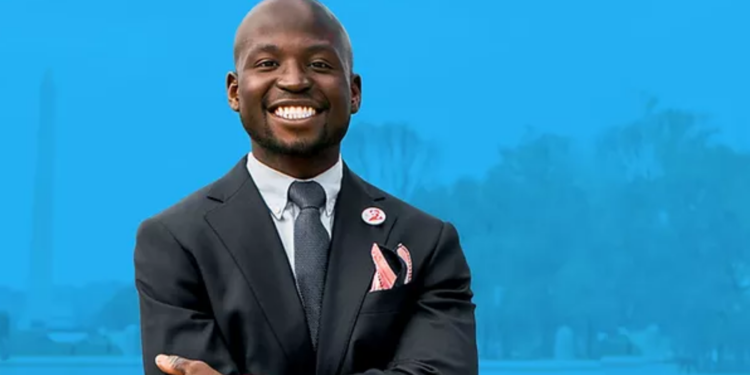 • Lent his voice to #EndSARS protest in DC

Another Nigerian, Oye Owolewa, has been declared winner for the US congressional seat for the District of Columbia in the general elections.

Owolewa, a pharmacist licensed in the District of Columbia, has made history as the first Nigerian American to win a seat in Congress.

Since he began his pharmacy career in 2014, Owolewa has spent his free time volunteering in DC public schools.

In 2018, he was elected commissioner of his neighborhood in SouthEast DC. He is also an advocate for DC statehood, leading to his run for Congress.

Owolewa made out time from his campaign to lend his voice to the October #EndSARS protest against police brutality which held at the Embassy of Nigeria in Washington DC.