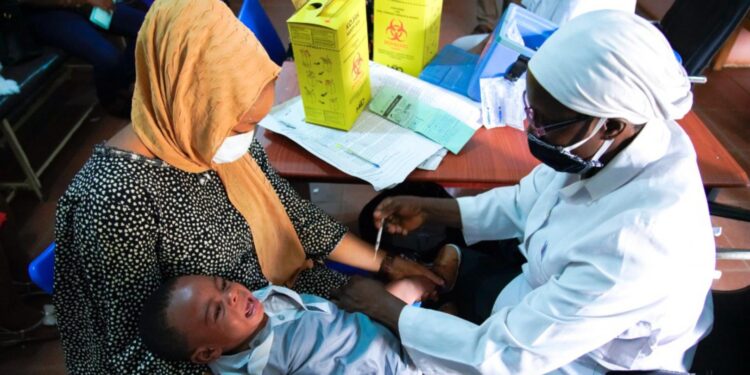 You could literally hear the tension in his voice. His voice crackled as he spoke that morning, tainted with despair and confusion. For the past few days, our driver’s little daughter had been ill with Malaria, and now he had just been told he had to sacrifice a good percentage of his net income, to pay for her treatment.

With his evident daily struggles with fending for his family, affordable healthcare is a very unnecessary problem, that he and many other similar low-income-earning Nigerians should not be facing. This is a lucid reflection of how degrading our healthcare provision is and why we must begin to chart new progressive terrains via advocacy.
Perhaps, it would be easier if we took a look at the numbers. In 2001, a 15 percent annual budgetary benchmark was declared for Nigeria. Nearly two decades after, the health sector is still lagging, with 4.14 percent allocated to the health ministry in the proposed budget for 2020. And this is just the beginning of the problem.
The federal government, in January 2019, rolled out a Basic Health Care Provision Fund (BHCPF). The BHCPF is the one per cent of the Federal Government’s Consolidated Revenue and contributions from donor grants set asidee to substantially improve Primary Health Care (PHC) for Nigerians.

A check on the budget item for BHCPF in the 2020 budget indicates N44.50 billion is proposed. This does not reflect the expected 1 per cent stipulated in the National Health Act (2014). Based on the 2020 Appropriation Bill, the Consolidated Revenue Fund (CRF) is N10.33 trillion, which means that the one per cent allocation to BHCPF should be N103.3 billion and not N44.50 billion.
Despite the Consolidated Revenue Fund being on the increase, with added donations from international figures such as Bill and Melinda Gates Foundation ($2 million), Global Financing Facility ( $20 million), Department for International Development (£50 million pounds, in 5 years), the BHCPF has been on a downward spiral, since the first allocation in 2018. In 2018, N55.15 billion was allocated; in 2019, about N51.22 billion was earmarked; and it has hit the lowest, so far, in 2020, with 44.498 billion.
And still, this is not the end of this problem.

The program is meant to ensure free health care in all the primary health care centers in the country. It was rolled out in six states, including the FCT, and the Federal Government set out standards for state to partake in the program, which include a N100 million naira contribution to the fund, for each state. The states are also required to create state health insurance agencies and state primary health care development boards, to serve as channels through which implementation would be monitored.
The problem begins with poor implementation of the already under-funded scheme. This is a project that directly affects the life force of the country, as it determines whether the average Nigerian who cannot afford exorbitant medical tourism fees, can consistently access affordable healthcare or not. Health is wealth. So, when the average man in society cannot afford to access good health care, it directly affects the progress of any society.
For instance, the case of our driver at work who had to rush his little daughter to the hospital over a malaria illness and returned the following day saying that he had to spend as much as N7, 500 for basic treatment in a Primary Healthcare Centre.
Why should an individual spend a good percentage of his net income on a malaria illness, despite having a whole family to cater for? Worse still, why should this be so, despite several billions of tax-payer monies going into the same very healthcare unit supposed to care for him?

‘Crux of the Matter’
“Speak Out!” This was a mantra chanted with the enthusiasm of advocacy by Nigeria’s ever-energetic youth, barely a few weeks ago during weeks-long anti-police brutality protests.
For the first time, youths in Nigeria felt their voices heard and, indeed, it was. A lot of issues bedeviling the great giant of Africa requires urgent advocacy. However, while police brutality is more visible and triggering, poor healthcare provisions is a more “quiet”, but deadlier problem. For this reason, it deserves as much advocacy as the #EndSARS protests amassed. It is high time we realize that Nigerians deserved better as our so-called democratic country.
To begin with, universal health care insurance coverage programs should be on the priority list of every government administration, not the meagre “4 percent attention” disguised as allocation by our leaders who do not even use our medical facilities. If at least 50 percent of Nigerians (which also fairly represents the indigent population) can access free basic health care, the output in the country will be massive, and government can move on to the next phase of ensuring secondary health care accessible to every Nigerian.
Nigeria needs to look outside, while looking inwards. From the United States to Great Britain, health care is a huge part of the conversation during electioneering and campaigns. In Nigeria, if we can push this agenda and ensure government fulfills our 5, 7 or 10-point demands, then we might have a decent hope of a normal country where malaria will not be a leading cause of infant or child mortality.
As my western friends will emphasize, you can only enjoy infrastructure and dividends of democracy when you are healthy. Health is wealth. The time to speak out was yesterday.

Introduction The sudden onset of the COVID-19 pandemic caused countries in Africa to reflect on the state of their diagnostic... 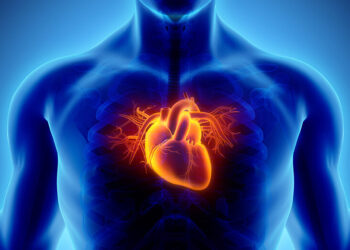 INTRODUCTION ‘Health inequalities are systematic differences in the health of groups and communities occupying unequal positions in society’ Graham, 2004....