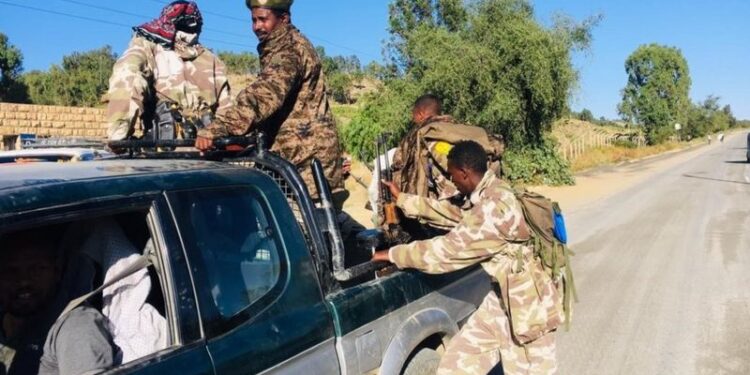 Ethiopia’s federal army is mobilising troops from across the country as it continues its offensive in the northern Tigray region.

Tigray’s leader said his troops were engaged in clashes along the border with the neighbouring Amhara state.

The head of the UN has called for a de-escalation of fighting.

The TPLF used to be the dominant force in Ethiopia’s ruling coalition but its power has waned since Abiy Ahmed became prime minister in 2018.

What’s the latest on the fighting?

More troops are heading to Tigray to provide support for the Northern Command, which is based in the region, says Gen Berhanu Jula, deputy army chief of staff.

Prime Minister Ahmed insisted in two tweets that this operation would be “limited” and was a last resort after trying “patiently” to resolve differences peacefully with the TPLF for several months.

It comes after Debretsion Gebremicheal, head of the Tigrayan state – and its ruling party the TPLF – said his troops had seized “almost all” of the weaponry at the Command.

The BBC’s Kalkidan Yibeltal in the capital, Addis Ababa, says the crisis is showing no signs of waning.

How serious is this?

It is difficult to know how intense the clashes have been and how many people have been killed.

That’s partly because the internet and phone lines have been cut off in Tigray.

Mr Debrestion told reporters on Monday that the government was going to attack – alleging it was punishment for organising the election.

But Mr Abiy has also refrained from giving details, instead promising information would be released once operations were over.

What we do know is that there has been lots of fighting talk.

Mr Debretsion has said they are ready to fight to defend the region, which would be “a burial place for the reactionaries”.

While Mr Abiy’s office has accused the TPLF of “continued provocation and incitement of violence” and said “the last red line had been crossed”.

This tone has led observers to fear that it may be the start of a civil war.

What’s this all about?

Tension has been mounting for some time as relations between the TPLF and the central government have deteriorated.

Mr Abiy last year dissolved the ruling coalition, made up of several ethnically based regional parties, and merged them into a single, national party, the Prosperity Party, which the TPLF refused to join.

Relations took a significant turn for the worse after the TPLF held a regional election in September.

The Tigrayan authorities went ahead with the vote in defiance of a nationwide postponement that was put in place following the outbreak of coronavirus.

The federal government had described that election for the Tigray parliament as “illegal”.

The vote raised concerns that the TPLF was laying the groundwork for the creation of a breakaway state, with a parliament and government taking office without the blessing of the federal government.

The TPLF said that it was committed to keeping the region within Ethiopia, but said it would defend “self-rule” and oppose what it called Mr Abiy’s attempt build a strong “unitary” state.

Mr Abiy then accused the TPLF of attacking the military base and sent in the Ethiopian military.

The federal government has also declared a six-month state of emergency in the state of Tigray, and airspace in the region has been closed.

What are diplomats saying?

The UN Secretary General António Guterres said he was “deeply alarmed” and called for an “immediate de-escalation of fighting”.

Previously, on Wednesday, amid the drama of the US election, US Secretary of State Mike Pompeo also called for an end to any fighting.

“We are saddened by the tragic loss of life and urge immediate action to restore the peace and de-escalate tensions… the protection of civilian safety and security is essential,” he said in a statement.

The African Union, whose headquarters are in the Ethiopian capital, Addis Ababa, is pushing for talks but the government is not willing to negotiate, sources told the Reuters news agency. 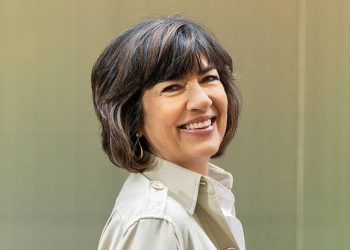