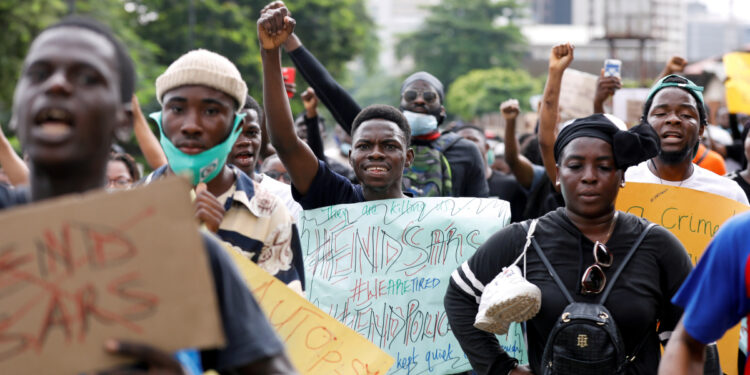 The Lagos State Government has appealed to all Lagosians to shun any act that may threaten the peace of the state, which is battling to recover from the destruction of the hijacked #EndSARS protest.

This warning is coming following rumours of a fresh protest to hold in the state.

In his address, the Commissioner for Information and Strategy, Gbenga Omotoso, hinted that even as “we are still counting our painful losses in lives and property, there are hints of a new protest. The police have warned that no protest will be tolerated.”

“Any protest under any guise will be disrespectful to the memory of those who died in the violence and unfair to ordinary Lagosians, who have remained peaceful, despite the hardship that the original protests sparked,” he warned.

Omotoso, however, argued that it is clear that the original protests, despite their good intentions, have caused more havoc than they were planned to resolve.

“The government hereby appeals to our patriotic youths to shelve any plan for a protest and join the practical efforts to find a solution to the problems that have been thrown up by the actions taken in recent weeks,” he added.

Speaking, the commissioner further called on parents and guardians to keep their children/wards at home, stressing that they should not be used as tools of destruction by enemies of our society.

“Anybody who has any grievance against the disbanded SARS should approach the Judicial Panel of Inquiry and Restitution to make his case,” he enjoined.

He said the State Governor, Babajide Sanwo-Olu, urges all Lagosians to remain calm and confident that the government will guard jealously the emblem of peace that Lagos is famous for.

“Any person or group of persons who plans to fuel any crisis in Lagos should drop such thoughts or be ready to face the law,” he warned.