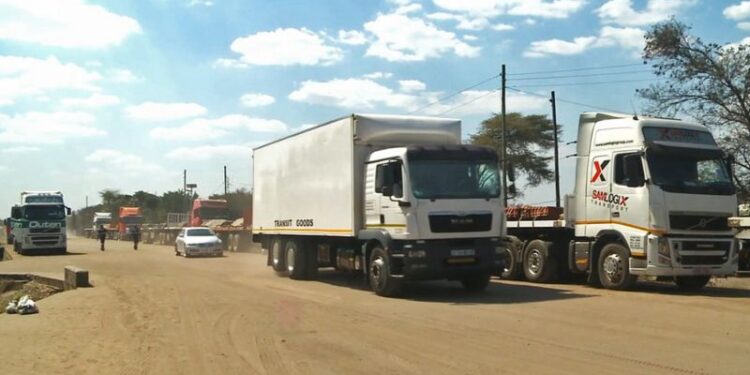 Last year African countries signed an agreement aimed at increasing trade between them. If implemented successfully, they believe it could create a single African market of over a billion consumers.

The plan is that services and goods should be flowing freely in and out of the participating countries, making the continent the biggest free trade area in the world.

The free trade initiative could create an integrated market with a total GDP of over $3 trillion (£2.3 trillion), according to US think tank Brookings.

Currently, Africa lags behind other regions of the world in terms of continental trade. According to the African Development Bank (ADB), intra-Africa exports amount to only 16.6% of total trade.

Unfortunately, the African Continental Free Trade Agreement (ACFTA) did not kick off on 1 July as originally scheduled, due to the coronavirus crisis, but there are other reasons for the stall.

According to Trudi Hartzenberg, executive director of the Trade Law Centre (Tralac) in Stellenbosch, South Africa, negotiations between African nations are ongoing virtually, but they have now hit “some sensitive issues”.

“The negotiations are pretty complex because the countries who are negotiating would lose tariff revenues. Reducing the tariffs means the import duties are lower so they would be gathering less revenues than before,” she explains.

“For some countries, the tariff revenues they get from trade taxes amounts to 25% or more of their total fiscal tax revenues. The easiest taxes to collect are import duties.”

A t-shirt imported from China into any of the nations in the Southern African Customs Union can be taxed by up to 45%, and there isn’t an easy way to replace this income, says Ms Hartzenberg. Plus, countries are keen to protect their domestic economies and jobs.

Another sticking point are the rules of origin – the criteria needed to determine the national source of a product – which Ms Hartzenberg says are “extremely complex”.

Despite this, officials from the various nations are persevering.

“The virtual negotiating process started on Zoom in May, but the problem is connectivity across the continent is really uneven so it’s been really hard to maintain momentum,” she says.

“We’ve literally got negotiations happening every single day. There is a rush and there is commitment, but time really is running out now.”

Transport during the pandemic

Poor communication and a lack of adequate transportation infrastructure between African nations is another problem affecting intra-African trade. Add a pandemic, and it becomes chaos.

“Most intra-African trade goes by road and there have been delays at border posts with queues that were literally several kilometres long during lockdown, as all countries have adopted some kind of border restrictions,” says Ms Hartzenberg.

Trucks from South Africa that import products into Zambia have to first pass through Botswana, which is making life challenging for truck drivers like Likando Mwiya.

“Wherever we go, whichever country you cross in, you have to be swabbed, then you wait for the results that might take about a day or two, and in other circumstances there’s a 14-day quarantine given where they observe you,” he tells the BBC.

In order to ensure a faster, smoother transit of goods, the nations have had to discuss ways to standardise customs and border management, as well as transit trade.

Ms Hartzenberg says that these negotiations have been concluded, but the changes have yet to be implemented.

When they are implemented, these will include:

Another challenge that needs solving to enable intra-African free trade across the continent is improving payments.

“We have to further develop financial platforms, mobile telephony, allowing money to flow digitally a lot smoother and a lot quicker.”

Nigerian entrepreneur Shola Akinlade co-launched Paystack in 2016 as a solution for merchants in Nigeria and Ghana to get paid by anyone, anywhere in the world.

Paystack now processes over 50% of all web payments in Nigeria, as well as payments for over 60,000 organisations, including FedEx, UPS, South African mobile operator MTN and many others.

“I think Africa is the most under-penetrated payments market in the world – like, digital payments have to work. That is a very simple way to unlock the economic potential of the continent,” he says.

Ms Hartzenberg agrees: “A payment and clearing system on the continent could save time and costs. It would be particularly important for smaller businesses and small traders – the majority of whom are women – to be paid more quickly.”

There are still many challenges that need to be solved to enable an African free trade zone, such as the fact that nations need to be exporting products, rather than unprocessed commodities, in order for other nations to want to buy more African-made goods. But this will still take some time to achieve.

“It will happen incrementally – ACFTA can attract interest from global sources to come and produce in African nations, and that will help countries to expand their capacity to produce goods and services,” she says.

“What Africa needs to do is improve its productive capacity and that’s another lesson learned due to the coronavirus crisis.”