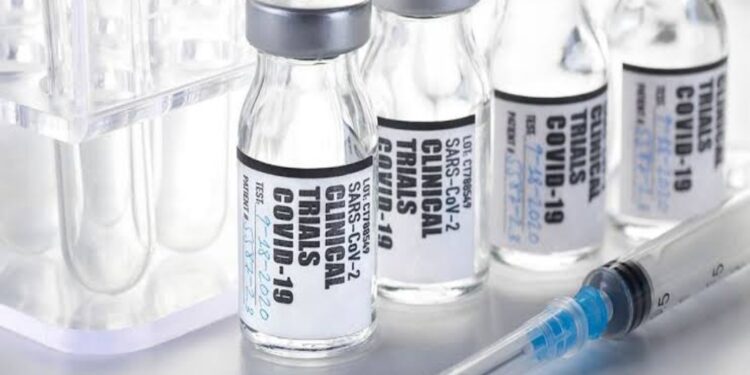 The vaccine, codenamed AZD1222, was developed at Oxford University with support from the pharmaceutical giant AstraZeneca.

The Oxford vaccine is up to 90% effective in preventing COVID-19, according to tests on thousands of volunteers.

The result compares with the Pfizer and Moderna vaccines, which were recently shown to be 95% and 94.5% effective respectively.

The vaccine, codenamed AZD1222, was developed at Oxford University with support from the pharmaceutical giant AstraZeneca.

For one course of dosing – where people were given a half dose of AZD1222, followed by a full measure at least a month after – there was an efficacy rate of 90%.

When two full doses were given at least a month apart, the Oxford inoculation had an efficacy of 62%.

Professor Andrew Pollard, chief investigator of the Oxford Vaccine Trial at Oxford, said: “Excitingly, we’ve found that one of our dosing regimens may be around 90% effective and if this dosing regime is used, more people could be vaccinated with planned vaccine supply.”

The UK has pre-ordered 100 million doses, with four million expected to be rolled out by the end of the year if the vaccine is approved by the medicines’ regulator.

Professor Adam Finn, of Bristol University, helped run trials of the jab. He paid tribute to the “community spirit” of volunteers, many of them healthcare workers.

“Everyone has felt very frustrated during this pandemic,” he told Sky News.

“To be able to contribute in some way to finding a solution has been a very big part of the motivation for people taking part in the research.

“It’s to them that we should really doff our hats. They are the real heroes.”

The vaccine is based on an adenovirus, which causes the common cold in chimpanzees.

The virus is modified so it can’t cause disease in humans. It also carries an extra gene from the coronavirus.

Inside the human body the gene makes the spike protein that coats the shell of the coronavirus, stimulating an immune response that protects against infection.

“What is surprising is that they have also worked so well,” he said.

“The next challenge will be to get enough people immunised fast enough to make an impact on the virus.

“That does take time, to manufacture, distribute and get into people’s arms. It’s not going to happen overnight.”

“I think a lot of people are going to get a lot of benefit from it,” she said.

“There won’t be people in intensive care anymore, small things like people having relatives in hospital again and even smaller things like i can get the train again and see my parents again. I think it’s going to change everything.”

Covid: First Americans ‘could get vaccine in December’