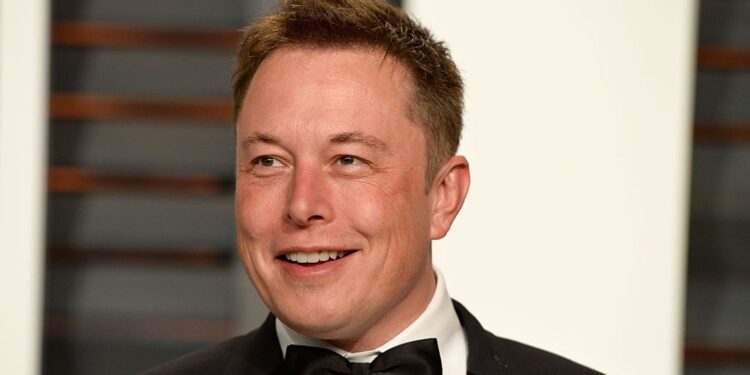 The limelight-friendly billionaire is now worth more than $148 billion due to a recent surge in Tesla’s share price.

The electric car company’s value has risen following the announcement that it would join the S&P 500 index, and was valued at $521.49 (£390.20) a share ahead of Tuesday’s trading on Wall Street.

The deposition of Bill Gates, who is also worth $128bn, marks only the second time the Microsoft founder has dropped out of the top two on the Bloomberg billionaires index, although Mr Gates could conceivably be ranked higher if he did not persistently donate billions of his personal wealth to charity.

Amazon founder and chief executive Jeff Bezos remains at the top of the Bloomberg rich list, with an estimated net worth of $182bn (£136bn).

Tesla is the most valuable car company in the world by share price, with a market value of just over $494bn (£370bn).

It produces fewer vehicles than all of its major rivals, with just 500,000 expected this year. Toyota has an annual production of 10 million.

Mr Musk and Mr Gates have recently distinguished themselves by their reactions to the COVID-19 pandemic, with Mr Gates’ foundation committing $36bn to ramping up the manufacturing and distribution of future vaccines.

In contrast, Mr Musk claimed to have taken four tests on the same day, two of which showed he was positive for the virus, and two that came back negative, as he stated “something extremely bogus is going on”.

It is not the first time the outspoken billionaire has expressed scepticism about the coronavirus pandemic. Earlier this year, he described lockdowns as “forcibly imprisoning people in their homes” and “fascist”.