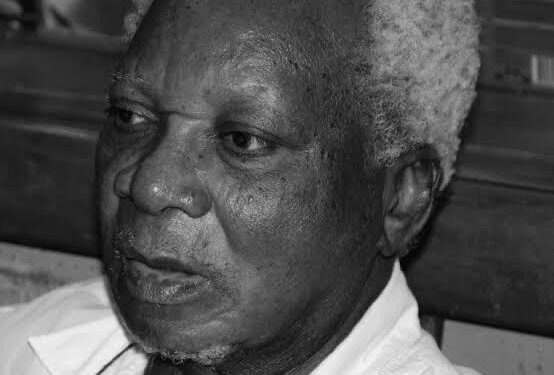 This was at an Evening of Tributes in honour of JP Clark organised by GCUOBA Lagos Branch at the Habour Point in Victoria Island, Lagos on Wednesday.

In his tribute titled ‘Song of a Goat Pepper-Soup’, Soyinka shared insights on Clark’s “deep poetic sensitivity with an intense political discontent, frustrations from a nation that constantly short-changes itself”.

Since his death at 87 on October 13 this year, friends and families have not stopped pouring eulogies in honour of his legacy.

In his remark, the President, GCUOBA Lagos Branch, Mr. Sam Omatseye, hailed JP Clark as a man of many parts.

Now, an Old Boy of the College, Chief Charles Uwensuyi-Edosomwa (SAN), described the “Casualties” author as an Izon and integral member of the GCUOBA family.

“He was a great man, all his own man. One saw in his appearance how a poet, a man of deep sensibilities and immense purpose lived an oxymoronic existence of so much wealth in meaba, wisdom and learning, but clad in sparse and simple apparel,” says Charles.

Continuing, he said JP Clark is an uncomplicated man, using his “My Last Testament” as an illustration. “It is comforting to see that in a country and continent fraught with and stricken by the malady of base materialistic tendencies that robbed most of their children the ability to rise above challenge.”

Earlier, the Chairman and CEO of Guardian, Lady Maiden Alex-Ibru, told the audience how the late poet brought peace between his younger brother and her husband.

“That is who he is. He would speak the truth regardless,” while also commending the wife of the late JP Clark, Prof. Ebun Clark, for her role in her family life.

Another friend and close family, Princess Juliana Edewor, described the late poet as a father, mentor, friend, icon, and intelligent man, who always enjoyed their arguments.

“He stood as my father when I got married again after the death of my husband. He wrote two poems in honour of my two husbands.

“I thank him for his support. I’ll continue to be a friend to the family, a sister, a daughter,” adds Edewor.

In a sober manner, the daughter of the late prof, Ms. Emma Clark, told the audience, “He was a very loving person, very sensitive. That sensitivity lasted till he died.”

Giving her speech, she hinted that even in his final moments as he lay in hospital, “He was very concerned about my mother, I and my brother”.

Emma noted that her father’s principled nature often resulted in misconceptions about him.

“Many people cast aspersions about him in the past. Most of them were untrue. All of them are untrue,” she said.

Emma said she also used to sometimes wish he could lower his tough principles sometimes, and “just bend a little”.

Clark’s eldest child, Mr. Elaye Clark, revealed a similar tender side to the poet. “Around 2008 when I visited my father in our hometown, he took me to his school. He showed me around. We walked for about an hour.

“That was when I found out my dad loved cricket. He said he played cricket when he was younger. He was extremely proud of his school.”

He expressed, “My father cared so much for people. He didn’t pretend that he knew it all, but defended whatever he felt was right.” 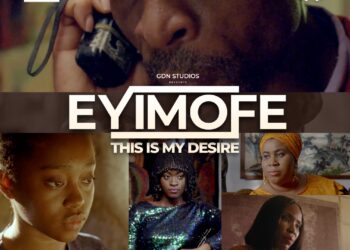 Lagos, Nigeria- Nigeria’s Entertainment Industry statesman and investor, Matthew Ohio has been appointed as a Director of Musical Copyright Society...