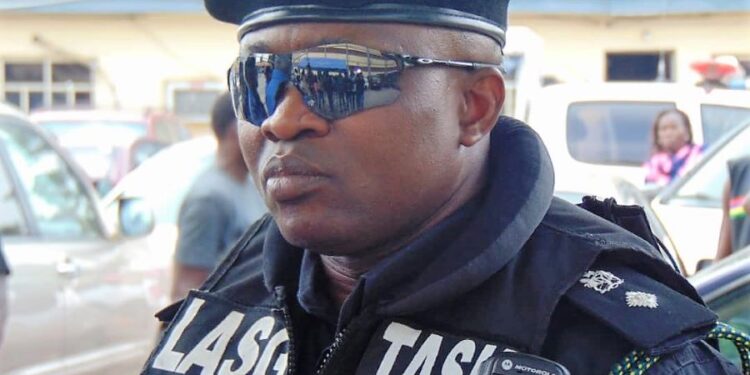 The Lagos State Environmental and Special Offences (Enforcement) Unit (Taskforce) has refuted claims that its officials used unbranded Sienna vehicles to arrest motorists plying BRT corridor in the Maryland area of the state.

According to a statement by its Head, Public Affairs Unit, Taofiq Adebayo, the report is fake and unsubstantiated because its operatives use the Agency’s branded vehicles in all its operation.

“The Agency wish to state that the story was not only fake but that there was never a time the enforcement team used any uncustomised vehicle to carry out enforcement operation on BRT corridor around Maryland,” it stressed.

The agency advised members of the public to beware of fake officers parading themselves as its officers and carrying out illegal operations across the state.

“Members of the public are advised to be wary of fake officers who move from different spots across the State carrying out illegal enforcement operations by impersonating to be from the Agency.

“The operatives of the Agency at any enforcement operations at different parts of the State uses branded vehicles and always have a jacket on their uniform with a bold inscription ‘LASG TASKFORCE”.

It clarified any enforcement police officer without the agency’s branded vehicles or a jacket on his or her uniform is not from Lagos State Task Force.

One Killed as Gunmen Attack Bullion Van in Lagos