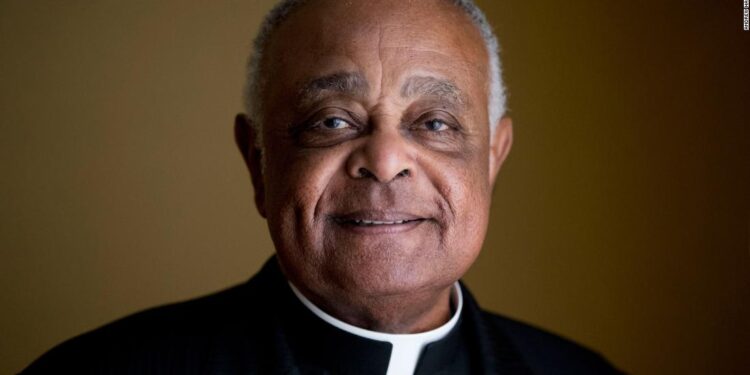 For the past week, Archbishop Wilton Gregory of Washington, DC, was holed up in a Vatican guesthouse, receiving meals at his door.On Saturday, Gregory stepped out of his quarters and into history, becoming the Catholic Church’s first African American cardinal during an installation ceremony in Rome.

Gregory was one of 13 men — and the only American — elevated to the College of Cardinals during Saturday’s ceremony. Because of the coronavirus pandemic, two of the bishops were not in Rome for the ceremony, another first in church history, according to Vatican News.

In keeping with the Pope’s concerns for Catholics who have been historically marginalized, the other new cardinals include men from Rwanda, Brunei, Chile and the Philippines.

Gregory, 72, already the highest-ranking African-American Catholic in US history, told CNN this week that he has been praying, writing homilies and letters to well-wishers, and reflecting on his new role.

“It’s been a time to thank God for this unique moment in my life and in the life of the church in the United States,” Gregory said. “I hope it’s a sign to the African American community that the Catholic Church has a great reverence, respect and esteem for the people, for my people of color.”

As a Cardinal, Gregory will be one of the Pope’s closest advisers and one of only 120 or so men who will elect the next pontiff. Before Francis chose Gregory as Archbishop of Washington last year, he also served as a bishop in Belleville, Illinois, and in Atlanta. He was born in Chicago to parents who were not Catholic, but converted to Catholicism while attending a parochial school. 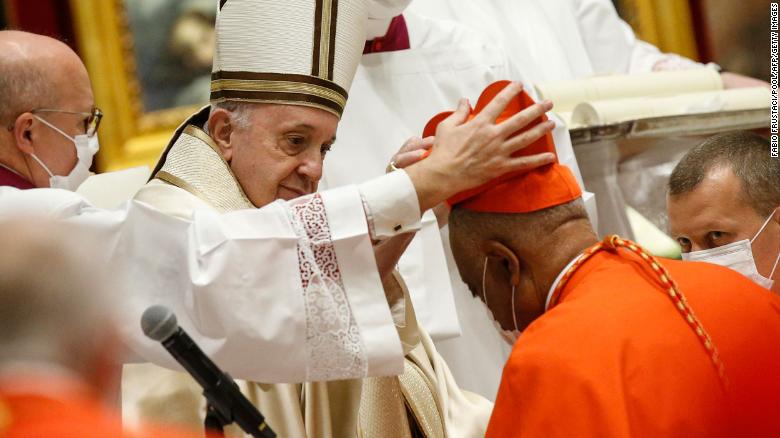 Wilton Gregory receives his biretta from Pope Francis at St. Peter’s Basilica in The Vatican on Saturday.

The symbolism of Gregory’s selection

In elevating Gregory to the highest ranks of the Catholic Church, Francis continues to play close attention to racial dynamics in the United States.

He passed over several archbishops who would traditionally become cardinals to promote Gregory. He also moved Augustine Tolton, who died in 1897 after becoming the first African American priest, one step closer to sainthood. 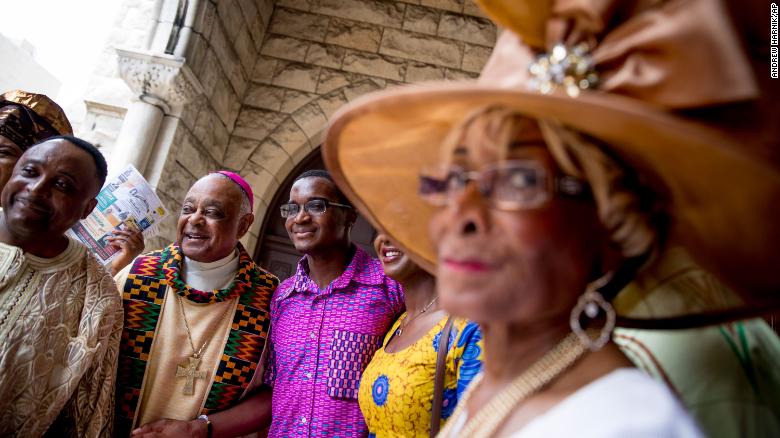 Francis has condemned the “tragic death of” George Floyd, the Black man who was killed by police in Minnesota last May, and supported an American bishop who knelt in prayer during a Black Lives Matter protest.

Earlier this week, the Pope met with NBA players at the Vatican and encouraged them to keep fighting for racial justice and economic equality. (One player described Francis as “super chill.”)

In a book-length interview published on Monday, Francis again addressed Floyd’s death and castigated Americans who protest mask-wearing mandates intended to prevent the spread of coronavirus.

“You’ll never find such people protesting the death of George Floyd, or joining a demonstration because there are shanty towns where children lack water or education, or because there are whole families who have lost their income,” Francis said in the book, called “Let Us Dream.”

“On such matters they would never protest,” the Pope continued. “They are incapable of moving outside their own little world of interests.” 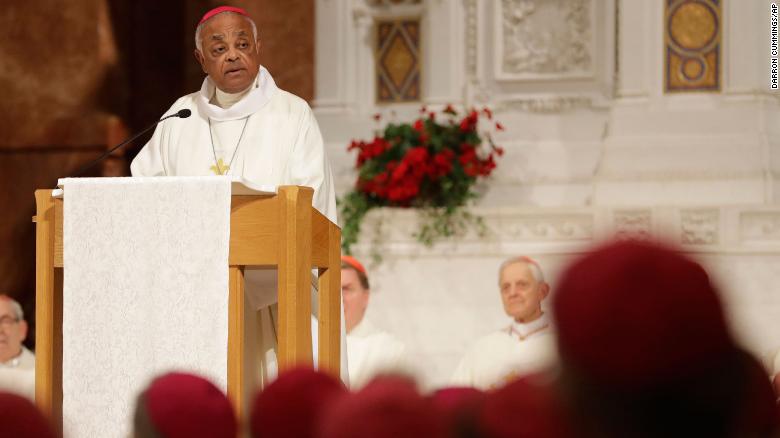 Gregory speaks during a Mass to repent clergy sexual abuse and to pray for molestation victims in 2017 in Indianapolis.

Anthea Butler, a scholar of religion at the University of Pennsylvania, said Francis’ upbringing in Argentina, where he lived most of his life, gave him a window into racial attitudes in the Americas.

“He is very aware of racial injustices and white supremacy,” Butler said, “and it’s not just realizing what’s going on here and how things have escalated. You can’t live in Latin America and not see the history of race and slavery.”

Butler, who is African American, said she would have been in Rome for Gregory’s installation if not for the pandemic.

“For African American Catholics this is huge,” she said. “We have been waiting a long time for a cardinal, and it’s a recognition of the sacrifices that have been made by people of African descent in the Catholic Church.”

Gregory heard the news from a friend

The Catholic Church does not tell bishops beforehand that they’ll be promoted to cardinal, so Gregory heard the news from a friend on October 25, the day the Pope made the announcement from Rome.

And though a cause for celebration, Gregory’s elevation comes just weeks after the Vatican released a damning report about why it overlooked accusations of sexual abuse and serial misconduct by a former archbishop of Washington, Theodore McCarrick.

“It’s not about the structures of the church, it’s about the mistakes, the awful bad judgments that the church made in not focusing on the people that had been harmed,” Gregory told CNN this week.

“We were so intent on caring about the clerics, priests, or bishops, that we did not see that the biggest pain to be endured was endured by the people that were hurt.”

While in Romeahead of Saturday’s ceremony, Gregory said he hadn’t seen or spoken with Pope Francis, who lives in the Vatican guesthouse where the soon-to-be cardinal has been staying.

But on Saturday, Gregory’s quarantinewas over. And Black Americans’ long wait for a cardinal had finally come to an end.