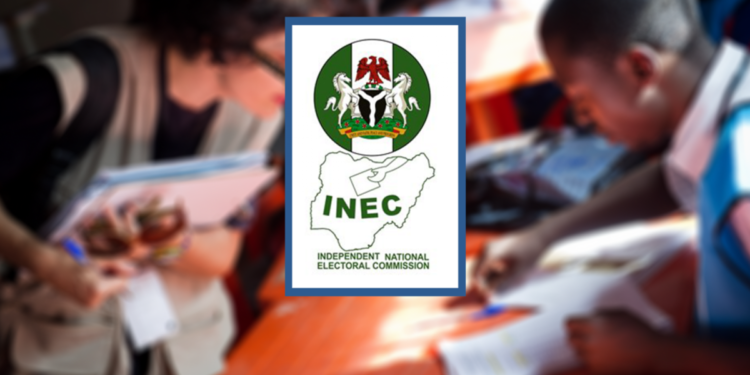 The Independent National Electoral Commission (INEC) in Lagos State beckoned on eligible voters to come out en masse for the By-election on Saturday.

INEC Resident Electoral Commissioner in Lagos State, Sam Olumekun, told the News Agency of Nigeria (NAN) on Monday that the appeal became necessary in view of the voter apathy which usually characterised mid-season elections in the country

He assured that adequate security arrangement had been put in place to ensure the safety of the electorate.

According to him, voter apathy has become a great concern of the commission during elections and urged people to come out en masse to choose their representatives.

Olumekun said: “Our readiness in Lagos State to conduct yet another credible bye-elections cannot be doubted. We have the total support of all stakeholders for security.

“The Commissioner of Police and his counterparts in other security agencies have assured us of adequate deployment of men and officers to provide security and safety of voters, INEC staff and materials.

“We want to appeal to people to come out to cast their votes. Democracy is about people. It is only through people’s participation that it can deepen.

“So, people must avoid apathy, they must not opt out in this particular election. The problem of apathy is a major concern to us.

“We want to advise eligible voters in Somolu, Kosofe, Ikorodu, Epe and Ibeju-Lekki not to sit back and watch on election day.”

Olumekun said that the commission had been doing its best on voter education to prevent people from opting out of the by-election.

The INEC boss urged civil society groups and the political parties to also engage in mobilisation so that as many people as possible would come out and exercise their democratic franchise.

He said that the security agents had promised to strictly follow the rules of engagement in elections and exhibit professionalism in the discharge of their duties before, during and after the election.

According to him, at least three security personnel will be deployed to man each of the 1,928 polling units located in the five component LGAs in the senatorial district.

Olumekun added that there would be restriction of vehicular movements in the affected areas, such that would not cause pains to the people.

He said that there would be enforcement of electoral laws and regulations, including COVID-19 prevention protocols as enunciated in INEC Policy on conducting election in the context of COVID-19 pandemic.

“INEC is committed to conducting a free and fair election in accordance with our vision and mission, hence we plead for everybody’s total support by coming out peacefully to vote,” he added.

He urged the electorate and other stakeholders to support the commission in the fight against malpractice such as violence, vote buying and ballot snatching.

The management of Club Victoria, in Lagos, has appealed to the Lagos State Government to kindly lift the closure of...