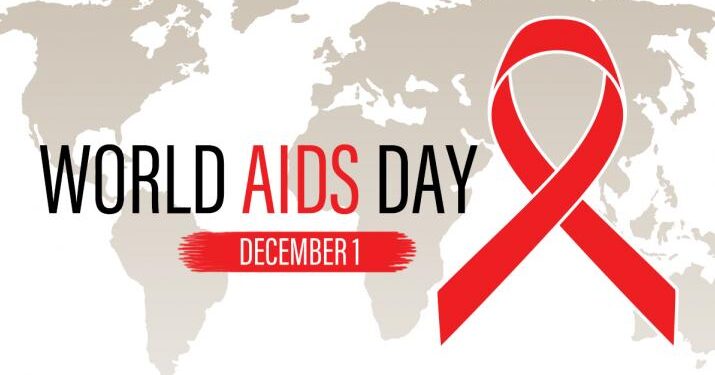 In the state-wide survey conducted by the News Agency of Nigeria, only a few claimed ignorance of its existence.

The research was conducted in commemoration of the 2020 World AIDS Day slated for Dec. 1.

The theme of the Day is: “Ending the HIV/AIDS Epidemic: Resilience and Impact.”

The residents also spoke on the challenge of HIV/AIDS, which has now been pushed to the background due to the global outbreak of the COVID-19 pandemic.

According to the World Health Organisation (WHO), World AIDS Day is marked every Dec.1, to help raise awareness on the age-long disease.

WHO said: “It brings together people from around the world to raise awareness about HIV/AIDS and demonstrate international solidarity in the face of the pandemic.

“The day is an opportunity for public and private partners to spread awareness about the status of the pandemic and encourage progress in HIV/AIDS prevention, treatment, and care around the world.

“It has become one of the most widely recognised international health days, and a key opportunity to raise awareness, commemorate those who have died, and celebrate victories such as increased access to treatment and prevention services.”

Commenting, Pastor Lere Ojedokun, an Advertising Practitioner in Lagos, said: “I am still aware and conscious of the high prevalence of HIV/AIDS and its inherent danger.

“Hence, I observe safety measures, including taking my own clipper to the barbing saloon.

“I do not also share sharp objects such as razor blade and nail cutter with people.

“I do travel and lodge in hotels. I practice absolute fidelity with my spouse, therefore, I do not have any need to request a hotel to provide me condoms.

“Also, I always travel with my oral and bathing kits, including toothbrush, towel, and soap as part of the measures to keep safe from germs, bacteria, and diseases.”

Also, Mr. Wahab Adesina, a Media Professional in his middle 50s, living in Meiran area of Lagos, said: “I am aware of the prevalence of HIV/AIDS and its effects on human health.

“I still avoid sharing needles and sharp objects and ensuring the sterilisation of such items before using them.

“Also, I discourage people from sharing such sharp items. I occasionally lodged in hotels within and outside Lagos.

“I wouldn’t say the hotels provide condoms, because I don’t take note of that as I don’t need it.

“I go to barber’s shop and ensure the clippers and others are sterilised before use.

“The precautionary measure is just to stick to all protocols intended to prevent contracting the disease.”

In his contributions, Mr. Biriyu Olaoye of Egbeda area of Lagos said: “Because I am conscious of the virus, I totally avoid using used razor blades and or unsterilised or used knives and other allied instruments.

“I also don’t engage in unprotected sex. Yes, I still lodge in a hotel, but outside Lagos. While some provide condoms in the rooms, some don’t. But on request, they provide what they have for you.

“I do go to barbershop to barb my hair using the general clipper; but this and other instruments must first be sterilised before allowing the barber to touch my head.

“This and other precautionary measures must be taken to avoid spreading the scourge.”

Also, Mr. Idowu Aluko, an Auto Businessman in his late 50s, living in Ketu area of Lagos, said: “Yes, I am aware of HIV/AIDS.

“I still lodge in a hotel whenever I travelled out of my base, and I still go to barbershop to barb my hair.

“As a safety measure, I don’t have sex outside, so I don’t need a condom. I barb my hair with my sterilised kits.

“My advice to others is total abstinence from sex outside their legal wife, and barb their hair with personal kits.”

In his reactions, Mr. Olalekan Abiola, a middle-aged driver, said: “As for HIV/AIDS, I doubt if it still exists, because it has been long I had that someone was infected by the virus.

“Though this is not contacted through sex alone, there are other means as well.

“I use a condom at times, not always since I believe and trust my partner.

“For a great and preventive measure against its spread, in hotels, usage of condoms by the lodgers should be encouraged for the lodgers to avoid sex without the use of condom so as prevent the spread of this (AIDS) sexually transmitted disease.

“Also, most importantly at barber’s shops, steriliser should be provided and ensure the clippers are well sterilised before being used on customers.

“I always ensure this is done before my hair is being barbed at the barbershop, since I do not go with my personal clipper.

“I believe when the clipper has been sterilised, the virus would have been dealt with then, I am saved from the infection.”

An Advertising Practitioner, Segun Bakare, residing in Ilasa Maja Mushin, Lagos, said: “Yes, am aware of the prevalence of HIV/AIDS.

“I don’t engage in extramarital sex, but I have never been offered condoms.

“Yes, 99 per cent of the time I go with my clippers, but when they are faulty, I use those equipment of the barber, but I always insist they are sterilised. No sex outside marriage.”

Also, Mr. Joseph Avoseh, the Chief Executive Officer, Love Barbing Saloon, Senapon in Badagry, said that few of his customers do come with their clippers to have a haircut.

“In Badagry, we use our clippers for the majority of customers we have here.

“After each haircut, we use spirit and oil to clean the clippers, and also we fire our clippers with lighter to clean the edge before barbing.

“We also have customers that invite us to come to their houses for a haircut for their families.

“They have their kits, which I always use for them. AIDS is real, everyone is aware of it here in Badagry,” he said.

Commenting, Cyril Asielu, living in Iyana Ipaja area of Lagos, said: “I am aware of HIV/AIDS and its dangers.

“The best precautionary measure is carefulness, discipline and dependency on God for His protection.

“It is possible they might provide the condoms, but most times, guest like to be on the safer side, in case no provision is made by the hotels.

“I go with my clipper to barb my hair and that of my children.”

A barber in Alimosho area of Lagos, Joseph Aina, told NAN that he was conscious of the prevalence of HIV/AIDS.

Aina said that because of this he always uses steriliser to clean his equipment after each haircut to prevent the spread of the scourge.

According to him, some of my customers always come with their kits for their haircut, because they have the understanding that HIV/AIDS is still active, in spite of the COVID-19 pandemic, which had pushed it to the background this year.