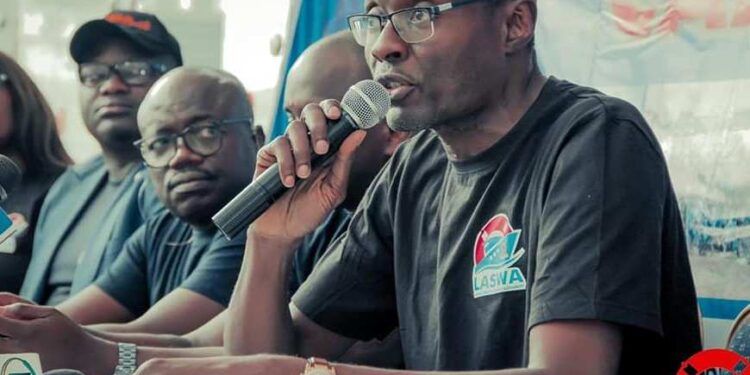 As part of efforts to reform the city’s transport sector, the Lagos State government has disclosed its plans to halt one bus ownership and switch to ownership by a corporation.

This was disclosed by the Commissioner for Transport, Fredrick Oladeinde, during a webinar organized by the Cyno Group, recently.

During the webinar, the Commissioner explained that the government’s plan is to reform the bus sector in such a way that Lagos will be divided into seven zones and “bucket of routes” would be franchised to regulated operators.

Oladeinde explained that part of the reform is to move the transportation business in the state from what he described as one bus owner to a corporation, which will run bus transportation in Lagos.

According to him, the reform has started with Primero and had also brought in TSL, and then over time will ramp up.

He said, “For the Danfo drivers, the plan is to get them to form a cooperative. The NURTW has formed a cooperative called ‘Amalgamated’ and so that will now become an entity that we will give a franchise to.

“The population of Lagos would rise to 35 million in the next ten years, generating 40 million trips daily, and currently, 97% of transportation is on road.

The Commissioner said the solution to the perennial traffic congestion in Lagos is the development of a rapid mass transport system that includes rail, BRT and water.

The Commissioner emphasized that commercial motorcyclists, popularly called Okada, and tricycles are not part of the state’s transport master plan.

He said, “The Last Mile will take the place of Okadas and tricycles. It will take you into the inner community and into the inner roads, and these are what we call the local government roads.”

Babajide Sanwo-Olu’s led administration will further dismantle more roundabouts and junctions on roads across the state to solve the perennial Lagos traffic, and reduce the travel time of commuters in the state.

He said, “At the current population of 22 million, you will discover that most of our roundabouts are now bottlenecks; rather than solving problems, they are now creating problems.

“And what the current administration has done is to locate all the 60 gridlock points, that is the roundabouts and junctions that are causing problems and what we are doing is to reconfigure most of them.

“We are now moving further to Abraham Adesanya, which is another choke point, and we’ve taken out that roundabout and in the next one month we will complete it. That will complement the Jubilee Bridge that was developed around Sangotedo, Ajah area.”

Oladeinde said, “The water terminals will be linked to a bus station, so that as you get off the terminal, you are able to board your bus and get to your final destination.”