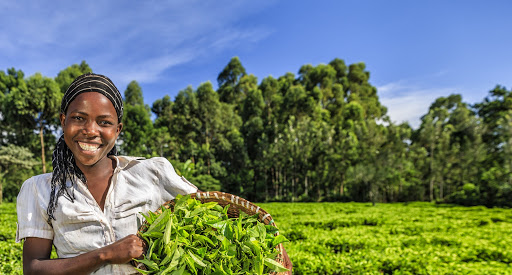 No fewer than 100 women and youths have graduated from the second batch of Lagos’ Agripreneurship Programme held at the training institute in the Epe axis of the state.

The city’s Agriculture Commissioner, Ms. Abisola Olusanya, charged the graduands to be committed to the attainment of the government’s food security goal.

She reiterated the commitment of the state government to engage, equip and empower women and youth particularly to become world-class agripreneurs.

The Commissioner, who was represented by the Permanent Secretary, Ministry of Agriculture, Dr. Olayiwole Onasanya, noted that the Lagos Agripreneurship Programme was conceptualized by the administration of the Lagos State Governor, Mr. Babajide Sanwo-Olu, to solve the hydra-headed problem of women and youth unemployment in the state.

As she averred: “It has become increasingly obvious that if a bold step is not taken to address the issue of youth and women unemployment, the state may become a hot bed for symptoms of youth restiveness.

“Previous administrations have embarked on a journey to create jobs, alleviate poverty and ensure food security in Lagos State through the establishment of agriculture-based youth empowerment Scheme, popularly known as Agric-Yes. Over the years, 600 youths have been trained in various agricultural value chains.”

Olusanya added that the Lagos Agripreneurship Programme was set up with the aim of training and empowering a much larger number of women and youth in agricultural value chains including aquaculture, poultry, piggery and vegetable, as well as entrepreneurship skills and e-agric.

She said the purpose was to train 15,000 women and youth at the various training facilities across the state by the year 2023, adding that this is in line with the objective of promoting agriculture in order to make the State a 21st century economy.

Olusanya said the Lagos Agripreneurship Programme, which was flagged off on the 10th of February, 2020, has, so far trained a total of 300 participants made up of 200 in Batch 1 and 100 in Batch 2 in an intensive agriculture programme.

The commissioner explained that the plan was to train a minimum of 2000 beneficiaries this year, but stated that the lockdown resulting from the COVID-19 pandemic distorted the programme significantly, hence the delay in the implementation of the training of Batch 2 which commenced on the 4th November, 2020.

She stated that in keeping with the guidelines of Nigerian Centre for Disease Control (NCDC) with respect to social and physical distancing, the number of participants was reduced to 100.

“We are strongly committed to the implementation of the second phase of the programme, which includes partnership with existing farms/agribusinesses with a view to attaching beneficiaries to agribusinesses closest to their location of residence for internships pending linkage to sources of finance; facilitation of access to finance; establishment of additional enterprise-specific Farm Estates across the State where participants could be allocated land space according to enterprise of interest and location; among other benefits,” Olusanya asserted.

Speaking earlier, the Director of the Agricultural Training Institute, Mr. Adeyinka Omirin, explained that during the one-month training, participants were exposed to theoretical and practical trainings. He stated that Entrepreneurship and e-agriculture modules were also incorporated into the programme.

Omirin expressed confidence that with the level of engagement experienced during the programme, participants would not find it difficult to make remarkable impact in the agricultural space locally and internationally.

One of the graduates, Mr. Gabriel Oludare, who spoke on behalf of the other participants, appreciated the state government for coming up with such a productive initiative.

He said they (participants) have all been equipped to conquer the agricultural space and make a mark in contributing to the food security objective of the state.