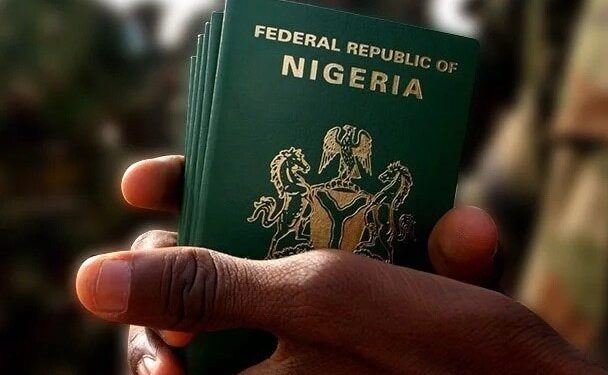 The Federal Government has charged all its Ministries, Departments and Agencies (MDAs) to further professionalise their Public-Private Partnership Units, noting that the business model has resulted in 83, 802 business and citizenship applications, collectively, between September 2018 and October 2020.

Permanent Secretary, Ministry of Interior, Dr. Shuaib Belgore stated this on Wednesday in Abuja at the 4th Quarter 2020 Public-Private Partnership PPP Units’ Consultative Forum (3PUCF) of all Ministries, Departments and Agencies (MDAs), hosted by the Ministry of Interior.

Belgore emphasized that in line with the recent trends in PPP, the Interior Ministry was able to attract private sector investors for the development of some identified PPP projects in the security sector, especially in the areas of Expatriate Quota and Citizenship Automation; Processing of non-judgmental Visa applications globally, Immigration and Borderline Management and Production of Emergency Passports.

Others he said were the Expansion and Development of the Nigerian Correctional Service (NCoS)’s Shoe and Garment Factories in Aba, Abia state and a Leather Factory in Janguza, Kano State which he said, off-take and Concession Agreements are at the verge of being finalized for signing.

“Through PPP, the Ministry recorded a total Business application of 45,751 as well as 38,051 Citizenship applications from September 2018 to October, 2020, leading improvement in income generation for Government by the Ministry”, he added.

Director, Press and Public Relations in the ministry, Mohammed Manga quoted the permanent secretary as saying the call for professionalising the PPP units in all MDAs has become necessary especially with the infrastructure gap bedevilling the country as well as “to ensure continuity, reduce public sector administrative costs, allow for shared risks, reduce the problem of public sector budget constraints and to also provide for easy monitoring of PPP projects across the country”.

The Permanent Secretary, who was represented by the Director, Citizenship and Business Department of the Ministry of Interior, Barr. (Mrs.) Moremi Soyinka- Onijala, stated further that it has become imperative for government to look beyond its budgetary provisions for infrastructure development and embrace Public-Private Partnership (PPP) options that has been globally recognised as project delivery process.

Dr. Belgore who lauded the support of the Infrastructure Concession Regulatory Commission (ICRC) in ensuring the projects have value for money and beneficial to all stakeholders encouraged every member of the forum to take advantage of the knowledge-sharing session and experiences of other MDAs for speedy and successful delivery of PPP projects for the benefits of citizenship integrity and for the promotion of good governance of the nation.

In her remarks, the Head of the Civil Service of the Federation, Dr. Folashade Yemi-Esan, urged all Ministries, Departments and Agencies (MDAs) of the Federal Government to be proactive in handling PPP projects and to also ensure focus on projects that would generate high returns on investments, with a view to ploughing back the profits generated to the economy.

Represented by the Permanent Secretary, Special Duties Office, in her office, Mrs. Ibiene P. Roberts, the Head of Serviced implore MDAs to review the projects that have been lingering for too long and identify challenge areas that the forum can be of assistance.

Also speaking at the event, the Director General, Infrastructure Concession Regulatory Commission (ICRC), Engr. Chidi Izuwah, noted that ICRC has continued to deliver its mandate, despite the COVID-19 pandemic restrictions across the country.

The Director General who was represented by Mr. Mike Ohiani commended the Ministry of Interior for hosting the 4th Quarter 2020 Session of the Forum.

Joe Biden's son Hunter says he is under investigation over taxes