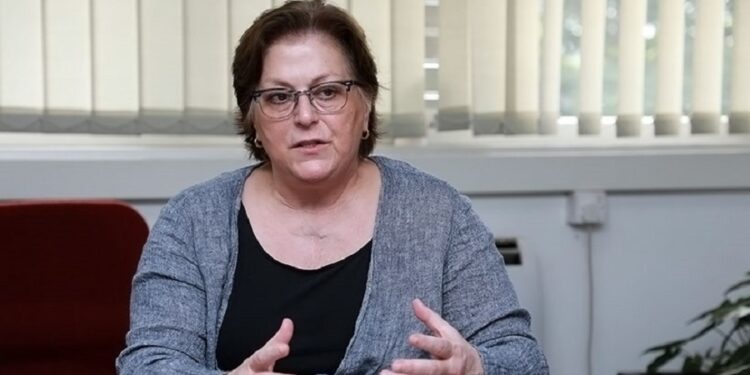 Claire Pierangelo, Consular General, U. S. Embassy, said the U. S. was committed to supporting the navy in its effort to secure its territorial waters and Gulf of Guinea.

The United States of America, on Friday, handed over some equipment to the Nigerian Navy (NN) as part of its effort to promote bilateral relations, the News Agency of Nigeria (NAN) reports.

“Today, we are witnessing the ceremonial hand over of Regional Maritime Awareness Capability (RMAC) equipment and spares to the NN as part of measures to re-activate and sustain the operations of the RMAC facilities donated to the NN some years ago.

“This will greatly mitigate the operational deficiencies occasioned by lack of spares in the recent past.

“It is pertinent to state that the introduction of the RMAC facilities in the NN has greatly assisted in enhancing our maritime policing efforts through intelligent based patrols.

“It reduces the cost of logistics, which hitherto was the case when we go on blind patrols looking for targets of opportunity,” he said.

He said that in terms of military support, the U.S. had supported in peacekeeping and simulation centres at the AFCSC and trained Nigerian peacekeeping forces.

He also said the U. S. had supported in enhanced human capacity development of personnel of Armed Forces with various courses and training in U.S. institutions among others.

‘In the areas of support to the NN, the U.S. has assisted as follows: Transfer of 4 x US CG Buoy Tenders under the transfer of excess defence article from 2003 – 2004.

“Transfer of 2 x USCG Cutters between 2011 – 2014 and establishment of RMAC centres across the 3 operations commands of the NN amongst others,” he said.

The FOC said the navy was grateful for the continuous support of the U. S. government.

Claire Pierangelo, Consular General, U. S. Embassy, said the U. S. was committed to supporting the navy in its effort to secure its territorial waters and Gulf of Guinea.

“This event signifies the strong and enduring relationship that our nations have. The equipment that we have here today is just part of it, it’s part of the regional maritime capability or the Ramack that began in 2006.

“It is aimed at enhancing the navy to monitor and respond to diverse maritime threat in Nigerian waters and in the Gulf of Guinea.

“The U. S. is committed to supporting the navy and its effort to secure its territorial waters but also the larger Gulf of Guinea.

“You are uniquely placed here and your responsibilities are greater than many of your neighbouring countries,” she said.