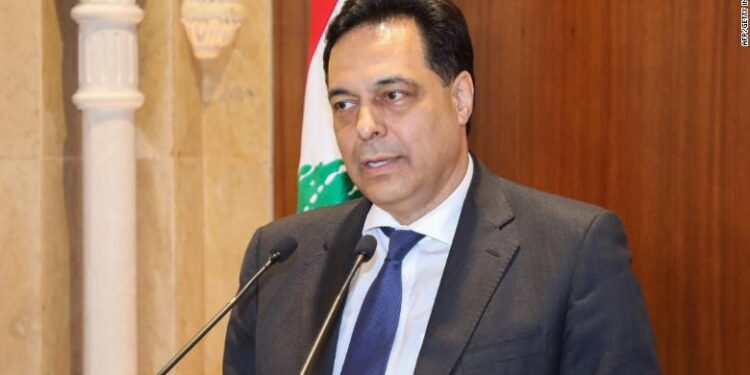 A Lebanese judge has charged caretaker Prime Minister Hassan Diab and three ex-ministers with criminal neglect over the huge explosion at Beirut’s port that killed more than 200 people this summer.

Diab, as well as two former public works ministers and an ex-finance minister, were accused Thursday of criminal neglect “that led to the death and harm of hundreds of people” in the blast on August 4, according to Lebanon’s state-owned National News Agency.
These are the most high-profile indictments in the investigation of an explosion that was believed to have been caused by the detonation of thousands of tons of ammonium nitrate, stored for years at the port of Lebanon’s capital.
Judge Fadi Sawan, who is investigating the incident, is set to question Diab and the ex-ministers next week.
“The Prime Minister’s conscience is clear. He is confident that his hands are clean and that he has handled the Beirut Port blast file in a responsible and transparent manner,” read a statement from Diab’s office on Thursday. “Hassan Diab will not allow the Premiership to be targeted by any party.”