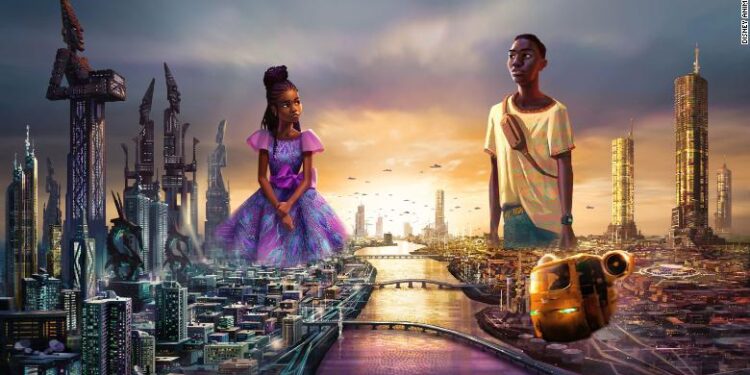 Fed up with non-Africans telling African stories, three friends from Nigeria and Uganda created Kugali Media in 2017 to tell stories out of the continent.

Through the entertainment company, the friends — Tolu Olowofoyeku, Hamid Ibrahim, and Fikayo Adeola — created a comic book collection called “Iwaju”, set in a futuristic Lagos, Nigeria’s capital city.
Now, “Iwaju” — which roughly translates to “the future” in the Yoruba language spoken in West Africa — has been picked up as a new TV series by Walt Disney Animation Studios.

Disney announced yesterday that the animated series will premiere on its Disney+ streaming platform in 2022, calling it a “first-of-its-kind collaboration.”
While more specific details about the show are not yet available, Disney Animation Studios’ Chief Creative Officer, Jennifer Lee, said it will explore themes of “class, innocence and challenging the status quo.”