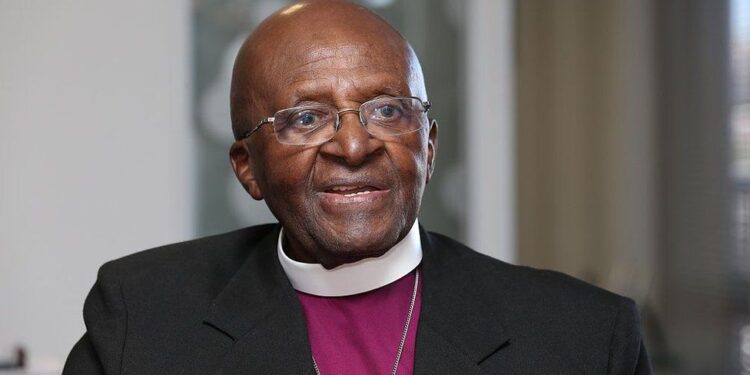 More than 370 religious leaders from around the world are calling for a ban on conversion therapy – the attempt to change a person’s sexual orientation or gender identity.

The signatories to the declaration represent all the world’s major faiths and many are known LGBT advocates.

Other religious figures said a ban could risk criminalising pastors.

A declaration calling for a ban will be launched at a conference sponsored by the Foreign, Commonwealth and Development Office (FCDO) on Wednesday.

The Anglican Bishop of Liverpool, Paul Bayes, and Mary McAleese, the former president of Ireland, are also among those who have signed the declaration.

Prime Minister Boris Johnson has repeated a promise to ban conversion therapy, saying in July that the practice was “absolutely abhorrent” and “has no place in this country”.

The government has yet to publish details of the ban but said it had commissioned research and would outline its plans “in due course”.

The term “conversion therapy” refers to any form of treatment or psychotherapy which aims to change a person’s sexual orientation or to suppress a person’s gender identity.

It can range from electric shock treatment to religious teachings or talking therapies designed to change someone’s sexuality.

The practice is already outlawed in Switzerland and areas of Australia, Canada and the US.

Since 2018, two UK prime ministers have promised to ban “conversion therapy but campaigners are still waiting for action.

One of the potential hold ups concerns the definition of the term “conversion therapy” and how it relates to all LGBT people.

Others fear the changes will go too far.

One therapist, who helps people to come to terms with their transgender identity, told me they are “scared” about what the government could ban.

The therapist, who wanted to remain anonymous for fear of “losing” their career, said their work helping trans young people come to terms with their acquired gender is legal.

However, after advising young people to begin hormone treatments, the therapist has been accused of “performing conversion therapy” by some unsupportive parents.

They added: “If the government do finally ban conversion therapy, they need to be clear on what it means, because it could do more harm than good. Especially for trans healthcare.”

A 2018 survey of 108,000 members of the LGBT community in the UK suggested 2% have undergone the practice, with another 5% having been offered it.

Many global faiths, including Christianity, Islam and Judaism have traditionally taught that any sex outside of heterosexual marriage is wrong.

Joe Hyman, 28, grew up in an Orthodox Jewish family in north London. He says he was a teenager when he was offered conversion therapies online.

“I wanted them to fix me,” he told the BBC. “I couldn’t imagine a world where I was gay and I was Jewish. I didn’t think my family would accept me. I was terrified.”

He says he experienced talking therapies both online and in person designed to change his sexual desires.

“It left me feeling really empty, desexualised, constantly anxious and worried I wasn’t doing the right thing,” he says.

The declaration calls for “all attempts to change, suppress or erase a person’s sexual orientation, gender identity or gender expression – commonly known as ‘conversion therapy’ – to end, and for these harmful practices to be banned.”

However, many conservative religious groups across different faiths say that a ban could infringe on religious freedom.

They are concerned that a ban would mean the government legislating what faith leaders can and cannot teach.

Peter Lynas, UK Director of the Evangelical Alliance which represents 3,000 churches in the UK, says he supports an “end [to] extreme and coercive behaviour without banning change or conversion, which are central to Christianity”.

He told the BBC a ban could risk “criminalising counsellors, pastors and even those asked to pray with people.”

‘We want to help’

Sheikh Ramzy, an Islamic scholar and founder of the Oxford Islamic Information Centre, said it was important imams were allowed to offer “help” if gay Muslims wanted to change their sexual orientation.

“We want to help them and not to damage them,” he told the BBC.

But for Joe, an immediate ban is necessary.

“I think that when religious institutions are causing clear psychological and physical damage to people that is when legislation needs to step in,” he told the BBC.

“This is a really dangerous practice. There are countless testimonies from survivors, but sadly not as many as there might be – because people have died of suicide.

“That, for me, means it is no longer a matter of religious freedom or not.”