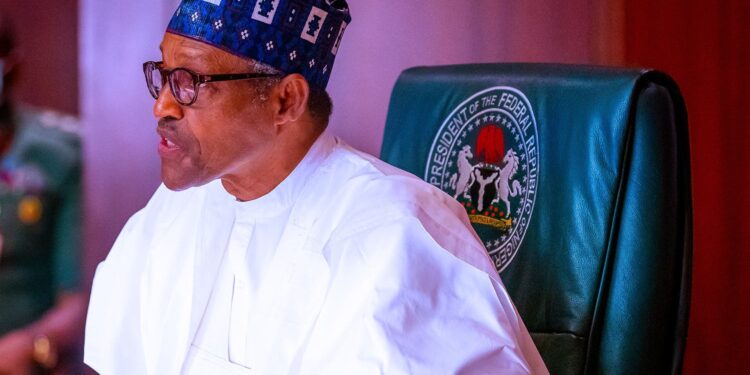 Parents and guardians of the kidnapped schoolboys in Kankara, Katsina State, have expressed their disappointment with the President Muhammadu Buhari-led administration and Governor Aminu Masari over the insecurity in the state.

Recall that gunmen attacked a public school in Kankara and abducted 333 students, according to figures by the state governor, Mr. Masari.

Residents said the militants came in large numbers on motorbikes and invaded the school’s premises around 11 p.m on Friday night while shooting sporadically.

They, thereafter, abducted over 300 students from the school.

The Minister of Defence, Bashir Magashi, while leading a federal government delegation on a sympathy visit, assured parents of the missing children that the students will be rescued soon.

However, many fear-laden parents who trooped to the school premises anticipating the release of their wards as promised by the government are lamenting that the government has failed in its mandate to protect the lives of its citizens.

A mother, Murjanatu Goma, from Danja local government, lamented that they are holding the government to their word that they would rescue the children soon, even though, days after, they are still waiting at the school premises.

Another woman named Mrs. Goma said her son, Muhammad Ibrahim, was among those abducted.

“We have paid our dues to this administration because we are at the forefront during elections supporting them, I spent over N1,000 making phone calls to my Yoruba friends in Lagos, happily informing them about Buhari’s victory in the election.”

“Unfortunately, those people are now calling back and mocking me about insecurity and my support for the administration, which later resulted in the abduction of my child. Which is why I said we are disappointed with Buhari and Governor Masari’s administration,” Mrs. Goma said.

She added that “since when my son was abducted, I have been paying N1,350 coming to Kankara from Danja hoping to be reunited with my son. I am pleading with the authorities to please secure the release of our children because we are having sleepless nights.”

Another mother, Binta Ketare-Maiwaina, said, “may Allah punish those responsible for the abduction of the innocent children.”

She added, “myself and my neighbours have eight missing children from the incident. Among them there is a ten-year-old, Usman Wada, I am just imagining the reason for the abduction of a minor who can’t even clean his clothes, his mother did everything for him.

“But because of the injustice of the government, they are yet to rescue the children, God is in control, they will all pay for their wrongdoing. We will never be satisfied until we are reunited with our children.

“We need them dead or alive, even in death so that we know their stand. We will give them a proper Islamic burial instead, but we cannot wait for the fake promises of the governments,” the grieving mother said

“Had it been I knew this is what would happen, I can’t go and vote for anyone. We explored all possibilities to ensure that we elected them, yet we are the victims of the system. We were cheated, we need to see our children,” she added.

Another mother, Fa’iza Hamza, whose 16-year-old son, Usman Lawal-Tahir, was among the abducted schoolboys, said she was in Abuja attending a wedding of a relative when she received the unfortunate news of the abduction two hours after her son called her.

“He called me around 8:30 p.m. asking me to send foodstuff to him, I told him I was in Abuja but promised to do so whenever I returned to Kankara. However, around 10:00 p.m. the same day, I received another call from my sister Abule Hamza, informing me about the gunmen’s invasion of the school.

“I started crying hoping and praying that they would be safe. However, in the morning, I was told he was among those abducted in the school. We rushed back home with his father from Abuja and met many sympathisers at our house without a dead body.

“For four days, I can’t eat, even when my phone rings, I can’t even understand the person calling even when their names appear on the screen. I can’t explain the condition I have found myself ever since the incident happened,” Mrs. Hamza said.

Also, another woman, Ishaya Mazadu, from Musawa local government area said, “I came here every day because the son of my younger brother is missing.”

“He is Mustapha Ibrahim. Ever since they were abducted, we have been coming here on a daily basis to witness the rescue of the children, however, they are yet to be released. I am calling on the government to urgently secure their release.

“Previously, we were hearing such stories of mass abduction of schoolchildren in faraway places but now it has reached our homes where the president comes from. Our leaders are always saying that things will be better but still we are still experiencing terrible things,” Mr. Mazadu said.

Covid: WHO to investigate virus origins in China's Wuhan