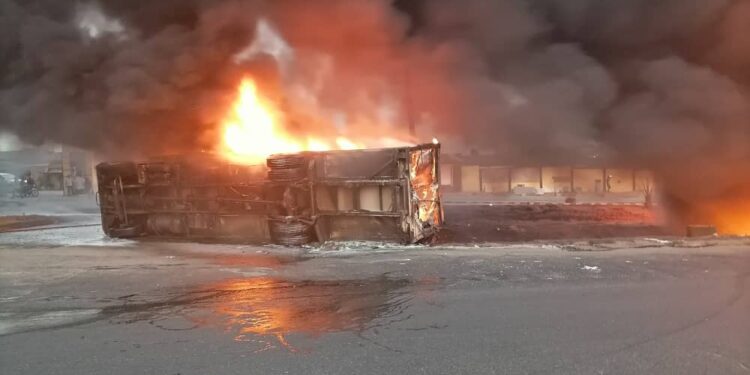 A tanker loaded with 44,000 AGO has on Saturday evening hit a family of six, and exploded on Otedola bridge Lagos state.

The tanker, according to reports, was driving towards Berger expressway when a tyre got engulfed by fire on the Otedola bridge outward Lagos.

The haulage lorry driver, one Mr. Uche, who said the lorry belongs to the River State Government, said that he saw the tanker moving back on speed suddenly, and hit a small car conveying a family of six.

According to the Southwest Zonal Coordinator, National Emergency Management Agency (NEMA), Mr. Ibrahim Farinloye, the family, the lorry driver, the tanker driver and his boy escaped.