by The Lagos Today
in Fashion
4 min read
0
0 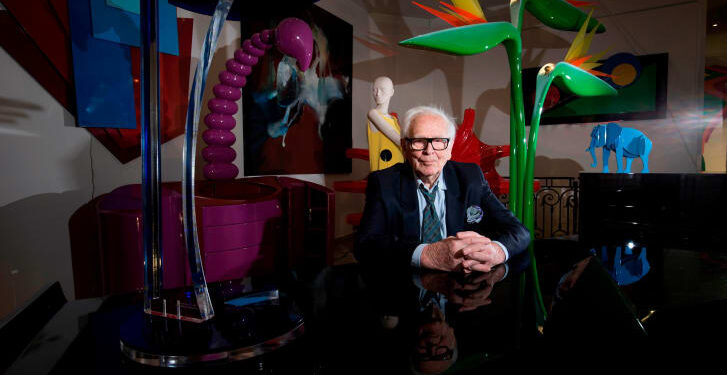 Pierre Cardin photographed in one of his stores in Paris in April 2016. Credit: Joel Saget/AFP/Getty Images

Legendary French fashion designer Pierre Cardin has died at the age of 98, France’s Fine Arts Academy announced on Tuesday in a statement on Twitter.

“The Perpetual Secretary, Laurent Petitgirard, and the members of the Academy of Fine Arts are deeply saddened to announce the death of their colleague Pierre Cardin. He had been elected on 12 February 1992 to the chair of Pierre Dux,” the Fine Arts Academy said.

His creations adorned many stars of the day, among them Elizabeth Taylor, Barbra Streisand, Jeanne Moreau, Jackie Kennedy, Charlotte Rampling, the Beatles and the Rolling Stones.

Cardin was among the first designers to capitalize on the business side of fashion, becoming a household name thanks to powerful branding.

He also broke with tradition through his futuristic designs — and by producing landmark unisex and ready-to-wear collections at a time when both were effectively unheard of.

Cardin was born in 1922 in San Biagio di Callalta, a small town in northeast Italy about 20 miles from Venice. He was born Pietro, but he became known as Pierre after his family relocated to France to escape fascism two years later.

As a young man, his first steps into fashion coincided with a move to Paris, where he worked on the costumes of Jean Cocteau’s film version of “Beauty and the Beast.” In 1946, he was hired as a tailor by his subsequent mentor, Christian Dior, who had just opened his couture house in Paris.

Four years later, at the age of 28, Cardin founded his own eponymous fashion brand, first designing theater costumes, then moving into haute couture in 1953.

His breakout creation was the bubble dress — so called for the bubble-like shape of the area between the waist and the hemline — which he designed in 1954. It proved commercially successful worldwide, setting the stage for a string of fashion innovations.

Hoping to make designer clothing more accessible, he launched his first ready-to-wear collection at the Printemps department store in Paris in 1959, a move so scandalous that it got him expelled from the Chambre Syndicale, the body governing French haute couture (he would be reinstated shortly after, before leaving of his own accord in 1966).

Displaying an early business nous, Cardin was among the first foreign designers to open shops in Japan, China and Russia. He pioneered modern branding by lending his name to a variety of products — including perfumes, watches, cigarettes and even frying pans — raising eyebrows in the traditional fashion world and earning serious money that he invested in real estate.

Among the designer’s property purchases were a Provence castle, once owned by the Marquis de Sade, and the famous Maxim’s restaurant in Paris, which he transformed into a global chain with locations in New York, Beijing and elsewhere.

In the 1960s, Cardin combined his interest for space exploration — he was photographed wearing Buzz Aldrin’s space suit two years after the moon landing — with a fascination for technical fabrics, by creating the groundbreaking space age unisex collections.

One of his standout garments, a pink dress comprised of molded 3D shapes and made from a fabric of his own creation, Cardine, was famously worn by actress Lauren Bacall in 1968.

Both of Cardin’s home countries offered him recognition: In 1987, Italy named him a Grand Officer of the Order of Merit of the Italian Republic, while in 1991, France made him an Officer of the Legion of Honour. The same year, UNESCO made the designer a goodwill ambassador. 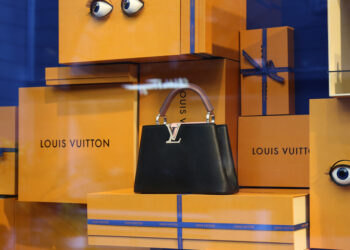 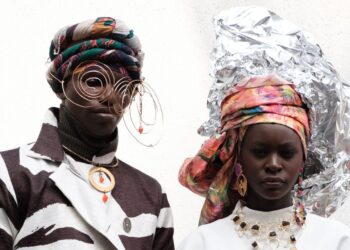 Daniel Obasi is a believer in the power of Instagram. The multi-talented creative -- who has shot portraits for the New...