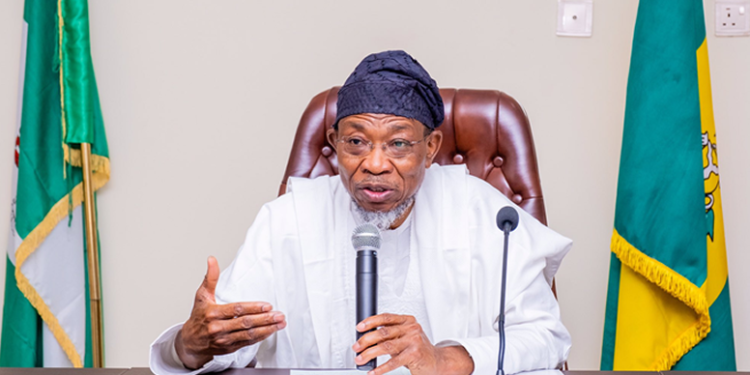 Some companies in Nigeria have berated the delay in the approval of expatriate quota by the Federal Ministry of Interior.

Expatriate quota is a form of approval granted to companies and registered firms to employ the services of expatriates with relevant competences.

According to some of these firms, the delay in the approvals is slowing down the ease of doing business at a time the nation is facing an economic crunch.

A communications firm that spoke to our correspondent on the condition of anonymity for fear of being victimised, said the delays began a few months ago after the COVID-19 restrictions were lifted.

A director in the firm said applications had been sent to the Director, Citizenship and Business, Mrs. Moremi Soyinka-Onijala, who resumed a few months ago, but she had failed to attend to them for several months.

He said, “We have been trying to get renewal for some of our expatriates in the last three months but it has been impossible. The new director has failed to take appropriate action.

“The government cannot claim to be trying to simplify the ease of doing business and at the same time delaying approvals. It is better for requests to be rejected than for these unnecessary delays. Uncertainty isn’t good for business.”

A manager in an oil firm said that some of their expatriates had not been able to renew their work permits because of the delays.

The oil firm source said, “It is true. Things are being unnecessarily delayed and it is affecting productivity. We have even written to the Minister of Interior, Rauf Aregbesola.”

When contacted on the telephone, Press Officer, Ministry of Interior, Nonye Ozo, said the ministry was carrying out some internal investigations hence and had set up a task force in the first week of December to look into the questionable approvals of quota hence the delay.

She said the ministry had just received a new permanent secretary in October and he was also studying the books alongside the director, Mrs. Soyinka-Onijala.

The press officer stated, “Both the director and the permanent secretary came in not too long ago and they actually realised a lot of things were going on which they have been trying to rectify. There have been a lot of irregularities.

“They have been trying to rectify these problems and that is why it seems like approvals have been put on hold.

“Recently a task force was set up to look into this issue of expatriate quota. The minister set it up and told the members to start work immediately.

“It was discovered that some companies will collect expatriate quota and sell without employing people. So, there are a lot of things going on which a lot of people don’t know about. That is what they observed and started screening.”

She said due procedure was being followed, adding that genuine applicants would be granted the quota.